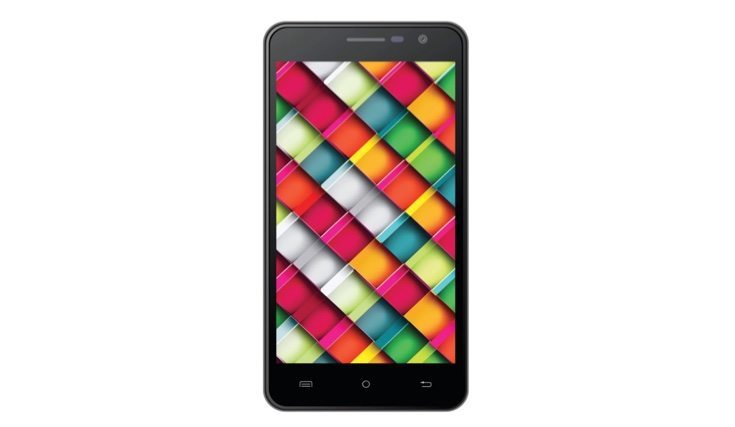 Intex is really churning out new smartphones for India at the moment. Hot-on-the-heels of other new arrivals we now have news of the Intex Cloud Crystal 2.5D that has 3GB of RAM for a low price. That seems to be value for money pricing for what this phone brings to the table, and the device is already listed at an online retailer.

It’s unusual to see 3GB RAM in a budget smartphone but that’s exactly what the Intex Cloud Crystal 2.5D offers. It’s powered by a 1GHz quad-core processor (chipset unspecified), and has a 5-inch IPS display with HD resolution of 1280 x 720 that features 2.5D glass. The phone has 16GB of internal storage (expandable via microSD to 32GB) and is a dual SIM dual standby handset (4G + 4G).

Further specs of the Intex Cloud Crystal 2.5D include a 2200 mAh battery claimed to last for up to 120 hours of standby or 6 to 8 hours of 3G talk time. The phone packs an 8-megapixel rear camera with autofocus and LED flash, as well as a 2-megapixel front-facing snapper. Camera features include Live Photo mode that’s similar to Live Photos on the Apple iPhone 6S, Anti-Shake, and Gesture Capture Mode.

The Intex Cloud Crystal 2.5D runs the Android 5.1 Lollipop operating system, and the handset has an ally frame and polycarbonate body. It measures 14.3cm x 7.1cm x 0.9cm and weighs 150g. The phone is listed on Amazon with a price of Rs. 6,899 and it’s in stock at the time of writing. Readers may want to compare the Cloud Crystal with another reasonably priced smartphone that recently launched in India and also has 3GB of RAM. The Coolpad Note 3 Lite has some higher specs and is priced at Rs. 6,999.

Do you think the Intex Cloud Crystal 2.5D is competitively priced for a smartphone with 3GB of RAM?