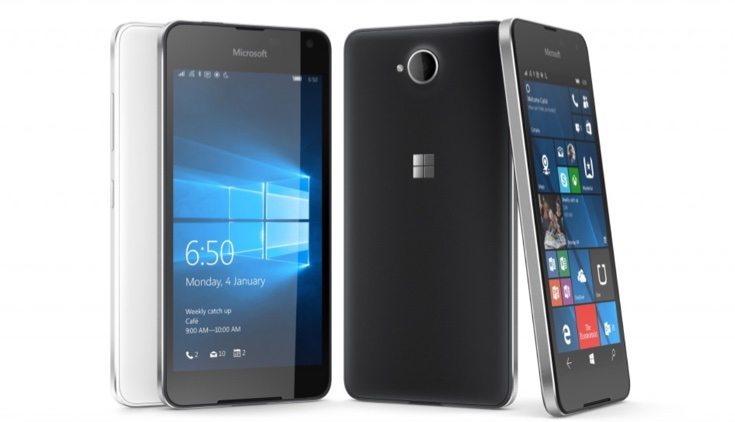 After months of rumors and leaks the Microsoft Lumia 650 has finally been officially unveiled today. We may already have felt that we knew just about everything that would be announced, but it’s always good to hear concrete details about a new smartphone. Stay tuned for confirmed Microsoft Lumia 650 specs, price, and release news.

The Lumia 650 has been on our radar since October last year, so it’s good to know that the speculation is now over. Details virtually tally with the majority of the leaks so far, including the aluminum frame build. Specifications include a 1.3GHz Snapdragon 212 quad-core processor, and a 5-inch AMOLED display with HD resolution of 1280 x 720 that Microsoft seems particularly proud of.

Further Microsoft Lumia 650 specs include 1GB of RAM, 16GB of internal storage (expandable via microSD), and a removable 2000 mAh battery. There’s an 8-megapixel rear camera and a 5-megapixel front-facing snapper, while connectivity options include 4G LTE, 3G, 2G, WiFi 802.11 b/g/n, Bluetooth 4.1, GPS/A-GPS, and more. The phone also has FM radio and just as you would expect it runs Windows 10 Mobile. However, even though the phone is aimed at business users it does not support Continuum.

The handset measures 142mm x 70.9mm x 6.9mm and weighs 122g. It will be offered in black or white colors with exchangeable rear covers, and comes in both single SIM and dual SIM models. The phone will go on sale in select European markets from February 18, so there are only a few days to wait for some buyers. There’s no news on availability elsewhere but we imagine it will launch in further regions at some point.

Although the phone is said to be launching in Europe first, the Microsoft Lumia 650 price has been announced at $199, that’s before taxes or subsidies. That equates to around Â£137 or â‚¬178, though bear in mind these equivalents are merely a guideline. For a closer look at the phone you might want to take a look at the short official introductory Lumia 650 video below this story.

Have you been waiting for this new Lumia phone to be made official? Considering the Microsoft Lumia 650 specs do you think the pricing is reasonable?