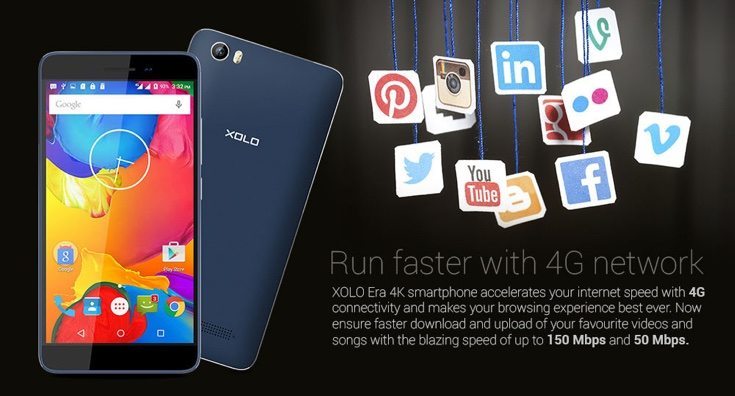 There’s a new arrival in Xolo’s Era series of smartphones as the Xolo Era 4K has just launched. This is a 4G LTE handset with an affordable price. If you decide to make this your next device purchase it will be available in just one more week via the flash sales system.

Starting with pricing we can tell you that the Xolo Era 4K will be offered by Gadgets 360. The first flash sale is on February 22 and registrations are open now and will close at 10am on Feb 22. The handset will be offered in Dark Blue or White colors and the price is Rs. 6,499.

It’s a dual SIM handset with FM Radio and 3.5mm audio jack, and the phone is juiced by a sizeable 4000 mAh battery. The handset measures 143mm x 71.8mm x 9.2mm, weighs 157g, and it runs the Android 5.1 Lollipop operating system. It’s worth noting that many of the specs of the Xolo Era 4K match those of the Micromax Canvas Juice 4G that we recently reported on.

Do you think the Xolo Era 4K is a smartphone that you might purchase? What do you think of the price for what it offers? Do let us know with your comments.