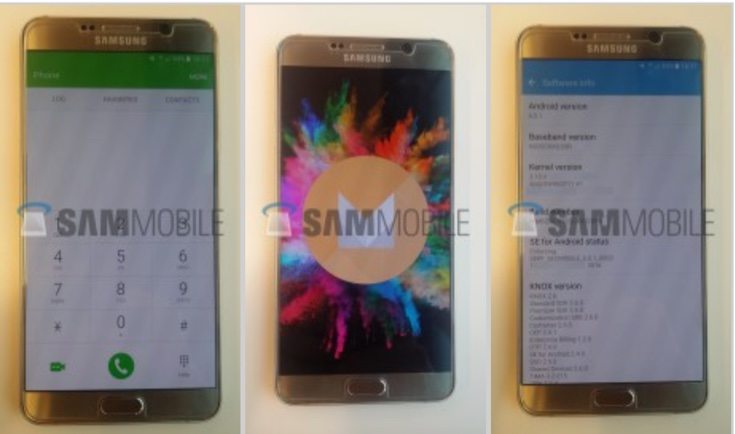 A few days ago we told how Samsung had officially announced the Android Marshmallow update was now rolling out for the Samsung Galaxy S6 and S6 Edge globally. Now it’s the turn of the Galaxy Note 5 and the Android 6.0.1 Marshmallow update has already started to arrived in Cambodia. This applies to the Galaxy Note 5 model number SM-N920C and brings it to build number N920CXXU2BPB6.

The update is available through Samsung Smart Switch and users should also be receiving it as an OTA (over-the-air) update so will receive notification to their devices. This upgrade will bring plenty of improvements and new features including interface changes, Google Now on Tap, Doze, and ad-blocking support with the new Samsung browser. It’s also likely to bring performance optmizations though they might not be too noticeable given the device is already a top-notch performer.

Bear in mind that OTA rollouts are usually pushed out gradually so you may have to wait a little while. If you have one of the above Samsung Galaxy Note 5 units and are impatient to receive notification you can always try to prompt it manually. Simply go to Settings on your device followed by About Device and then Software Update to see if the update is ready.

While this is excellent news for those who have the Samsung Galaxy Note 5 in Cambodia, it’s also very promising for those who have the phablet elsewhere. Once we see an Android update arrive for a device in one market it usually follows swiftly to further regions. Are you pleased to hear that the Samsung Galaxy Note 5 Android 6.0.1 Marshmallow update is now starting to roll out?