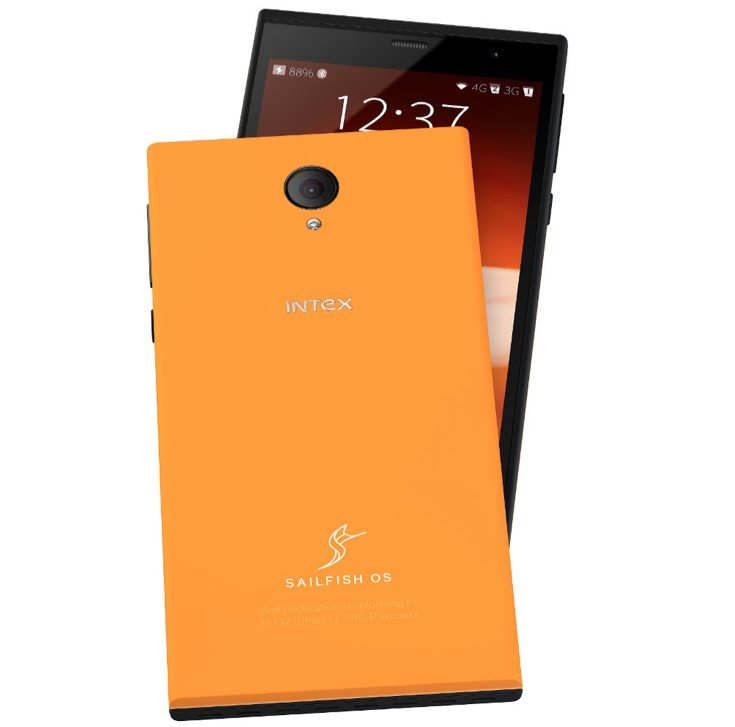 We first heard about the Intex Aqua Fish way back last summer. The smartphone was a collaboration from Intex and Jolla that would be running Sailfish OS 2.0. At that time it was thought it would release in India in the fall of 2015, and it was rumored to have a price of around Rs. 15,000. That failed to materialize but now we can tell you that the latest Intex Aqua Fish price news is lower and it’s finally heading for an April release.

Although specific pricing has not been announced yet, it’s reported that the Intex Aqua Fish will have a price of around Rs. 7,000. That’s notably cheaper than earlier expectations despite the fact that specs of the device are better than those previously rumored. Intex has officially announced the Aqua Fish at MWC 2016 in Barcelona and the confirmed specs include a 1.3GHz quad-core processor, and a 5-inch IPS display with HD resolution of 1280 x 720.

Further specifications of the Intex Aqua Fish are 2GB of RAM and 16GB of internal storage that can be expanded to 32GB via microSD card. It has an 8-megapixel rear camera with LED flash, a 2-megapixel front-facing snapper, and a 2500 mAh battery. Connectivity options include 4G LTE, 3G HSPA+, WiFi 802.11 a/b/g/n/ac, Bluetooth 4.0, GPS, and microUSB 2.0.

The Aqua Fish is a dual SIM handset that will be running Sailfish OS 2.0, and it will be available in Black and Orange color choices. The company said at the official announcement of the phone,

“The Sailfish OS 2.0 comes with a revamped user interface that is fast and user friendly aimed at smooth OS flow and effective multitasking. It also introduces improved Android application compatibility and browser experience, smoother transitions throughout the OS and overall improved stability and performance.”

Have you been waiting for the Intex Aqua Fish to release since you first heard of it last year? Maybe you’ve already decided that you will buy it when it launches in April? Do send us your thoughts on this upcoming Intex smartphone?