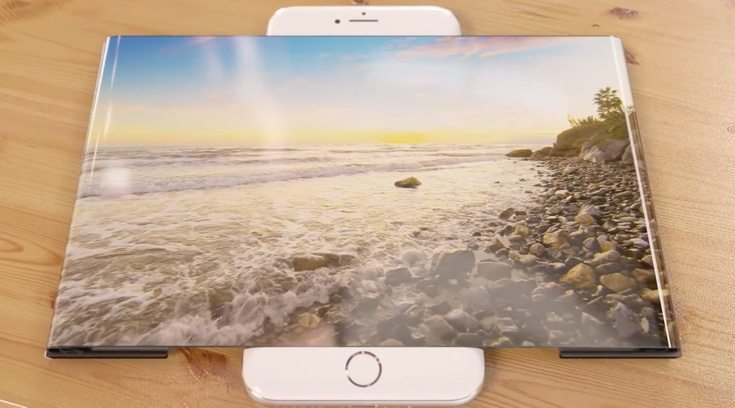 At Phones Review we cover many concept designs, most of which are for known upcoming smartphones. The majority of these ideas stick to realism or an enhanced version of it. However, some are rather more bizarre while still proving intriguing. The design we’re sharing today is definitely a case of the latter and is an iPhone 7 concept with widescreen that shows wild imagination.

The iPhone 7 is still months away but we’ve already seen numerous concept ideas for how it could or should look. You can see some previous recent examples here and here. There’s not too much to say about this new iPhone 7 concept as the video below pretty much speaks for itself.

The design comes from Sonitdac and is a pure flight of fantasy so don’t go expecting to see it on the shelves shortly. The design has been impressively conceived and put together though, so do take a look. The focus here is definitely on the display as this iPhone 7 can evolve into a handset with widescreen display. 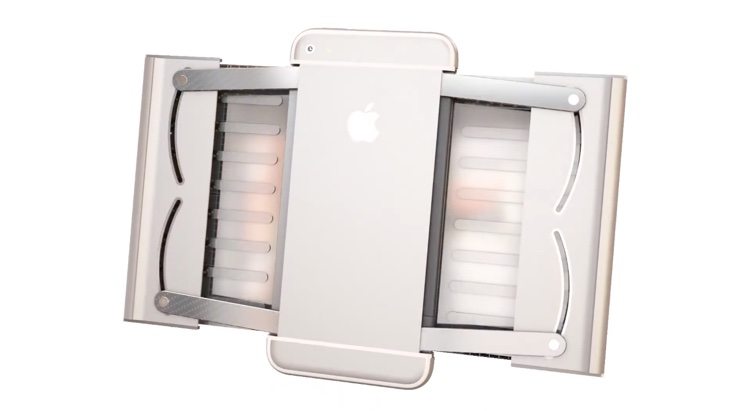 Watching the video shows the display seamlessly stretch out either side of the handset with the help of carbon fiber arms. While we can’t imagine how this could ever be a practical idea, the designer has managed to make it look plausible with some very clever engineering.

This iPhone 7 concept vision utilizes a flexible display and has on-screen volume buttons, and the video shows an impressive look at the complex construction behind this idea. While we’re usually deterred by the crazier concepts that we come across, this one is so intriguing that we thought readers would be interested to see it.

We’re fascinated to hear what readers think of this iPhone 7 concept with its widescreen display. Can you imagine how this idea could ever be applied to a real iPhone? Maybe you think it’s a concept step too far? Do let us know by sending us a comment.