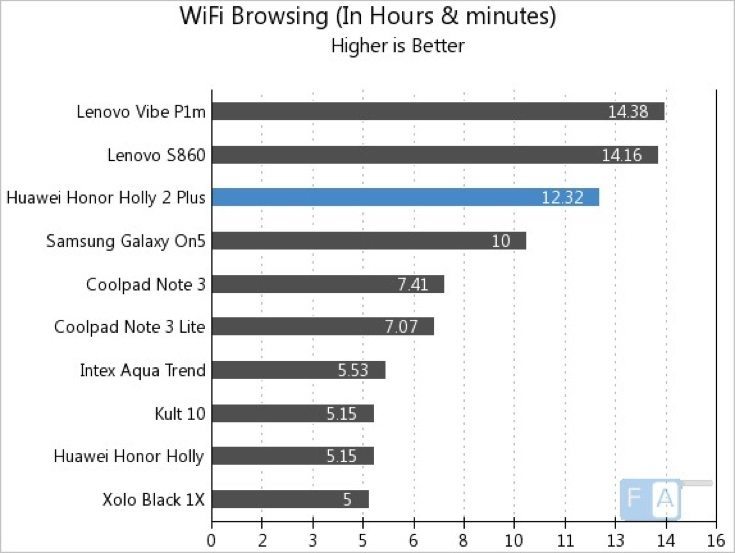 The Huawei Honor Holly 2 Plus was recently launched in India and is likely to be a popular device going by the success of its predecessor. Although it’s a smartphone aimed at the more affordable sector of the market it’s equipped with a notably sizeable battery. So how does it fare in battery life testing? That’s what we’re about to find out with a look at Huawei Honor Holly 2 Plus battery life performance and the results compared.

You can check out full specs and the price for the Honor Holly 2 Plus in our launch post on the phone. However, as many of us increasingly use our smartphones it’s a good idea to check out battery life before you decide whether to buy a new device or not. The Huawei Honor Holly 2 Plus has a 4000 mAh battery, and that’s double the capacity of the battery in the original Honor Holly so it should offer very decent battery life.

The phone has now been put through its paces in an array of battery life testing conducted by Fone Arena. The testing was split into four main areas, Talk Time, 3G Browsing, WiFi Browsing, and Video Playback. The Huawei Honor Holly 2 Plus battery life results were then placed on tables alongside the results of nine other smartphones put through the same testing. Just some of the other handsets shown on the tables were the Samsung Galaxy On5, Lenovo Vibe P1m, Intex Aqua Trend, and the original Honor Holly.

For the Talk Time category the Honor Holly 2 Plus attained fourth spot on the table with a time of 20 hours and 2 minutes. The Samsung Galaxy On5 and Lenovo S860 were in first and second places with times of 25 hours and 2 minutes and 25 hours and 1 minute respectively. The Kult 10 languished at the bottom with just 11 hours and 7 minutes. 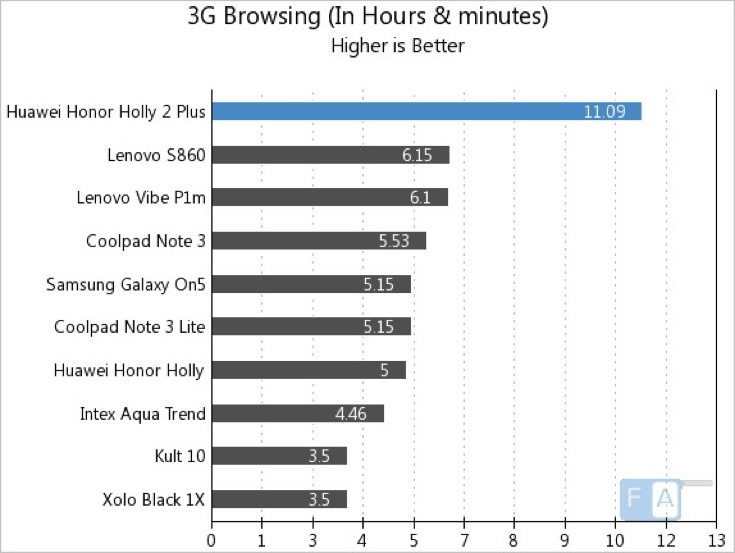 Moving on to 3G Browsing the Honor Holly 2 Plus took top spot with 11 hours and 9 minutes (see image above). The Lenovo S860 was second again with a time of 6 hours and 15 minutes, so that’s quite a notable difference. In third place was the Lenovo Vibe P1m on 6 hours and 10 minutes. This time there were two phones sharing the last spot, the Kult 10 and Xolo Black 1X both on 3 hours and 50 minutes.