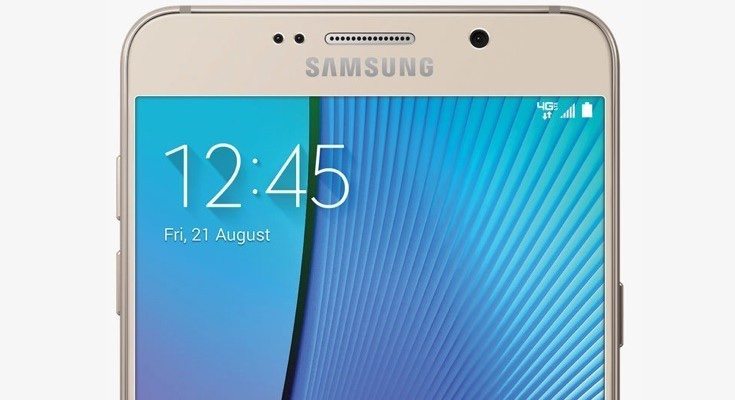 Waiting for Android updates for devices can be a long process but at the moment there is plenty of update news. This time it’s the turn of Verizon customers with Samsung’s phablet flagship. The Samsung Galaxy Note 5 on Verizon is now receiving the Marshmallow update 6.0.1.

Carrier models are often the last to receive Android updates, and this is especially the case for US device owners. Therefore it’s good to see that Verizon is the first of the major US carriers to start pushing out this update for the Samsung Galaxy Note 5. Big Red has officially announced the news, and the 6.0.1 Marshmallow update for the Note 5 brings it to software version VRU2BPB2 with build number MMB29K.

This upgrade is a notable one and brings plenty of improvements and changes. Just a few of the additions are Google Now on Tap, revamped app permissions, and Doze Mode. It also brings more than 200 new emoji that were recently made available to Google Nexus devices. The 6.0.1 update for the Galaxy Note 5 brings WiFi Calling for HD Voice Users to the Verizon unit. Another benefit is that you’ll also be able to bring people in on YouTube Live Broadcast, even though they may not be on your Contacts list.

A further improvement with this update comes with Samsung’s squircle icons and folder designs. The upgrade will also remove the pre-installed Amazon Appstore. As well as all of this the update offers security patches, performance optimizations, and fixes for known issues. Verizon Galaxy Note 5 users will be receiving notification of this Marshmallow update to their device. You can also try checking manually by heading to System Settings followed by System Updates and Check for Updates.

It’s somewhat surprising that Verizon is the first of the big 4 carriers to be rolling out the Android 6.0.1 Marshmallow update to its Galaxy Note 5. However, it certainly makes a pleasant change for Verizon customers to receive an update before other device users. It’s also expected that Verizon’s HTC One M8 will start receiving Android Marshmallow from March 7. This news came in a tweet from HTC’s Mo Versi.

For more on this Android Marshmallow update for the Samsung Galaxy Note 5 on Verizon, please check the source link below. Maybe you’ll be one of the lucky ones to be among the first to receive this update for your Galaxy Note 5?