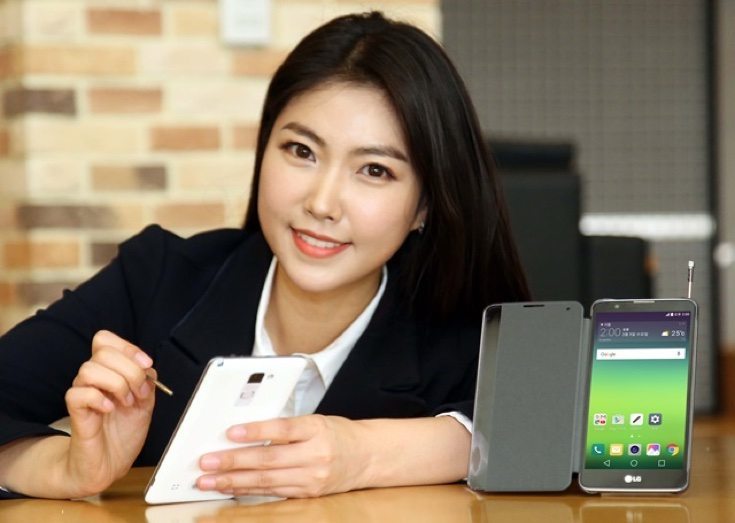 The wraps were taken off the LG Stylus 2 just ahead of Mobile World Congress last month. However, at that time the pricing and availability date were not announced. Now though, we have LG Stylus 2 price indicators from its release. It has just launched in Korea and will also be heading for a release in the US, Asia, and Europe soon.

In February’s official press release LG said that the Stylus 2 would be an “exceptionally priced” smartphone, so there are likely to be plenty of potential buyers waiting to see how much it would cost them. The phone will go on sale this week starting in Korea where it will be offered by the three main carriers, LG U+, KT, and SKT in Titan and White color choices.

Further specifications include 16GB of internal storage (expandable via microSD), a 13-megapixel rear camera with LED flash, and an 8-megapixel front-facing shooter. It has a 3000 mAh battery, and connectivity is catered for with 4G LTE, WiFi 802.11 b/g/n, Bluetooth 4.1, NFC, and GPS. This handset runs the Android 6.0 Marshmallow operating system.

Just as its name suggests, this successor to last year’s LG G4 Stylus comes with the use of a stylus. This is an improved version with nano-coated tip rather than the previous rubber-tipped stylus. The LG Stylus 2 has a metal frame, measures 155mm x 79.6mm x 7.4mm and weighs 145g. We’ll be sure to let you know when we hear confirmed pricing and availability for further markets.

Are you waiting for the LG Stylus 2 to release in your region? What do you think of the price indicators from the Korean launch?