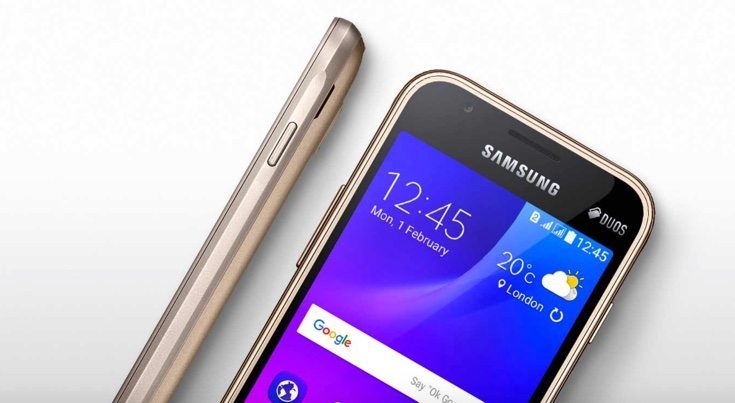 The Samsung Galaxy J1 Nxt released in Bangladesh last week as an entry-level smartphone, and we thought it was likely to release in further markets. Now, despite the similarities, Samsung has unveiled what looks to be the same device for the Philippines but called it the Samsung Galaxy J1 Mini. The only apparent difference as far as specifications are concerned is that the J1 Nxt has 1GB of RAM while the J1 Mini has just 768MB of RAM.

Further Samsung Galaxy J1 Mini specs are listed as a 1.2GHz quad-core processor, and a 4-inch display with 800 x 480 resolution. It has a 5-megapixel rear camera and 0.3-megapixel front-facing snapper (no flash on either), and juice comes from a 1500 mAh battery. Connectivity options for the phone include 3G, WiFi 802.11 b/g/n, Bluetooth 4.0, GPS, and USB 2.0. It has 8GB of internal storage that can be expanded via microSD to 128GB.

The Samsung Galaxy J1 Mini runs the Android 5.1 Lollipop operating system. It’s a dual SIM handset that measures 121.6m x 63.1mm x 10.8mm. Strangely this is slightly different to the dimensions of the J1 Nxt although they look the same. The J1 Mini price and release date has not been confirmed yet. However, we can tell you that the J1 Nxt went on sale in Bangladesh at a price equivalent to around $89, Â£64, or Rs. 6050.

We’ll be following this with interest and will let you know when we hear more. Would you buy the Samsung Galaxy J1 Mini if it releases in your region?