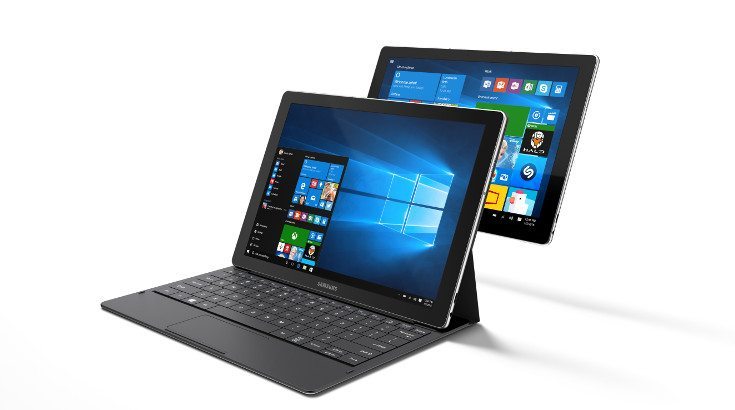 When folks think of Android manufacturers, Samsung is a brand that comes to mind more often than not. The Samsung Galaxy TabPro S is one of the company’s rare Windows devices, and the powerful slate is set to debut tomorrow in the states through Best Buy.

Yesterday we learned about pre-orders for the Samsung Galaxy TabPro S in the UK, and now we know when it will arrive on the other side of the pond. If you’re not picky about where you purchase that fancy 2-in-1 slate, Best Buy will have them in stock tomorrow with a whopping price tag of $899.99. Samsung’s official shop and the Microsoft Store will sell them as well, but the latter won’t have them available until April 4th.

If you’re wondering what makes the Samsung Galaxy TabPro S worth $900 bucks, it has something to do with what’s under the hood. The powerful slate has a 2.2GHz Intel Core M chip to go along with 4GB of RAM, so there’s plenty of power to push pixels on its large 12-inch Super AMOLED QHD display. That alone puts it into the top-tier of the tablet world, but it still has more to offer.

You’ll find a 128GB SSD under the hood of the Samsung Galaxy TabPro S, and the cameras are better than expected with 5MP sensors on the front and back. Connectivity options include Bluetooth, Wi-Fi, NFC, GPS, 4G LTE, and a USB Type-C charging port. The 2-in-1 Samsung Galaxy TabPro S will draw its power from a reasonably sized 5,200mAh battery and runs Windows 10 out of the gate.

As you can tell from the specifications, the Samsung Galaxy TabPro S is no ordinary slate. While it’s probably a bit too expensive for most folks, it will definitely find a home with consumers that need a little something extra from their tablet.

Are you interested in the Samsung Galaxy TabPro S or will you wait for it to go on sale down the road?