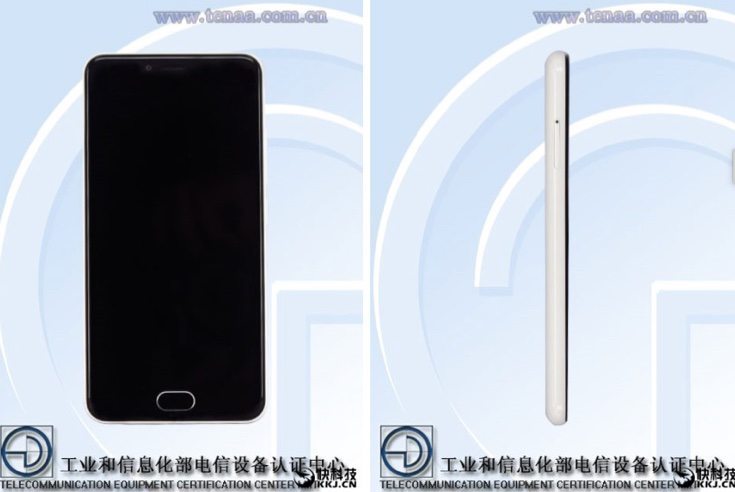 We often see our first indications of upcoming devices when they appear during various certification processes. That’s the case with a new Meizu smartphone as Meizu M3 specs have been revealed by a TENAA listing. The design is similar to its Meizu M2 predecessor, but as you would expect it has a few upgraded specifications albeit it limited.

TENAA is a Chinese regulatory authority and once we see phones pass approval here we usually see an official launch before too much longer. The filing includes not only some specs but also some images of the handset itself, which like the Meizu M2 appears to have a plastic build. Incidentally it measures 141.5mm x 69.5mm x 8.3mm and weighs in at 131g.

The Meizu M3 is powered by a 1.5GHz octa-core processor (chipset unspecified), and it has a 5-inch LCD display with HD resolution of 1280 x 720. Further specs include 2GB of RAM and 16GB of internal storage that’s expandable with a microSD card to 128GB. On the reverse is a 13-megapixel main camera and there’s a 5-megapixel shooter for the front. The juice is supplied by a 2800 mAh battery.

While many of the specs of the M3 remain the same as the Meizu M2 there are two main differences. Firstly the Meizu M3 has an octa-core processor rather than the quad-core of the M2, and secondly it has a larger battery than the 2500 mAh version in the M2. As unusual pointer in the certification listing is that the Meizu M3 is running the Android Open Source Project-based YunOS 3.1.6. That could well be an attraction for some buyers but it could be the case that a variant running the Android-based Flyme OS is also on the way.

From what we know so far it doesn’t look as though the Meizu M3 will be different enough from the M2, but we’ll stress that Meizu has not officially announced the phone yet. We expect more soon though so do stay tuned. What are your first thoughts about the Meizu M3?