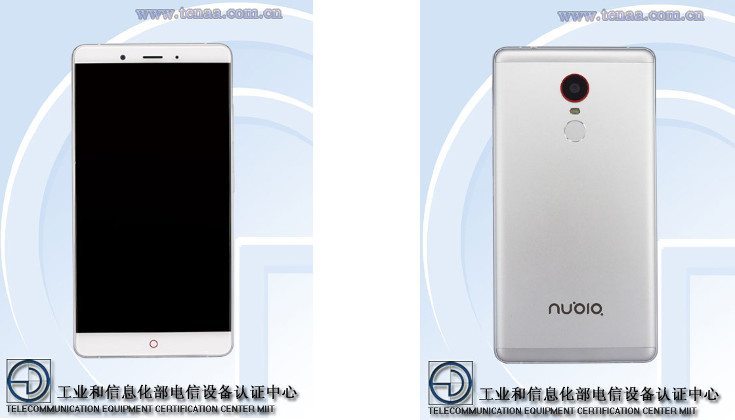 TENAA has been busy this month, and you can now add two more phones to the list of leaks pouring in. The ZTE Nubia X8 and the ZTE X8 Mini have passed through certification in the region, and we have a feeling they are two devices you’ll be very interested in.

ZTE’s Nubia lineup has gained a lot of fans, and it appears they have two unannounced Nubia smartphones gearing up to launch. While TENAA never tips their hand to a release date for upcoming smartphones, they don’t hold much back when it comes to specifications. With that in mind, we’re going to start with the smaller of the two handsets, the ZTE Nubia X8 Mini.

The ZTE Nubia X8 Mini carries the model number NX527J and sports a 5.5-inch panel with a resolution of 1,920 x 1,080. It will get its juice from an octa-core processor believed to be the Snapdragon 617, which is backed by 4GB of RAM, and the storage is listed at 32GB but expandable. A large 16MP sensor takes care of the photos from the backside and an 8MP will handle the selfies. Throw in a fingerprint scanner, 4G LTE, and a 2,900mAh battery and you’ve just met the ZTE Nubia X8 Mini.

As for the ZTE Nubia X8, it shares may of the same characteristics as its smaller sibling, but sports a large 6-inch FHD display. The chip is unknown for this model as well although assumed to be the Snapdragon 652. The RAM and storage remain the same at 4GB and 32GB, and the same can be said for the cameras, connectivity options, and other features. Both handsets will run Android 5.1.1 but the regular ZTE Nubia X8 has a larger 4,000mAh battery to help push those pixels around.

This isn’t the first time we’ve seen the ZTE Nubia X8 rear its head as it’s been leaking alongside the Nubia Z11 since earlier this year. Now that it has passed through TENAA, we could be closer to a release date for a couple of the new devices, and will keep you in the loop as we learn more.