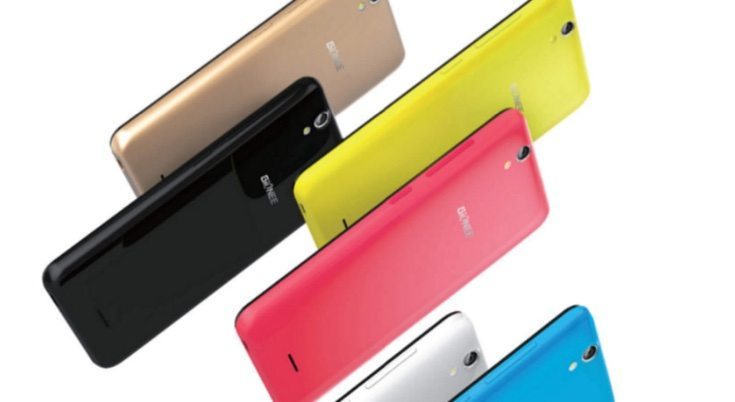 A new smartphone from popular maker Gionee has launched in India. The Gionee P5 Mini has basic specs and an affordable price, although buyers might consider that there are other handsets around that have better specifications for the money. We’ll give you the lowdown so that you can make an informed decision.

The Gionee P5 mini price is Rs. 5,349 and it’s being sold via the Gionee website in a variety of color choices. It packs a 1.3GHz quad-core processor, a 4.5-inch Oncell FWVGA display, and has 1GB of RAM. There’s 8GB of internal storage that can be expanded with a microSD card to 128GB, and connectivity includes 3G, WiFi 802.11 b/g/n, and Bluetooth 4.0 (sadly no 4G LTE).

The dual SIM phone carries a 5-megapixel rear camera with LED flash, and at the front there’s a 2-megapixel snapper. It’s juiced by a 1850 mAh battery that’s claimed to last for up 18.5 hours of 2G talktime, 9.25 hours on 3G, or up to 277 hours on standby. The phone runs the Android 5.1 Lollipop OS with Gionee’s Amigo 3.1 UI. Features of the entry-level Gionee P5 mini include Eco mode, Gstore, Child mode, and Ami Locker.

The P5 mini is also preloaded with apps such as Whatsapp, Facebook, Gionee Xender, 360 Security lite, TouchPal 2015, and Battery Doctor. The phone has a proximity sensor as well as others that include motion, light, G-sensor, and E-compass. While the Gionee P5 mini has an affordable price, some buyers might prefer to pay more for the recently launched mid-range Gionee P5L. This one has better specs for a price of Rs. 8,499 and it also supports 4G LTE connectivity.

It would be interesting to hear first thoughts on the Gionee P5 mini and whether its Rs. 5,349 price represents value for money? Why not send us a comment and tell us what you think.