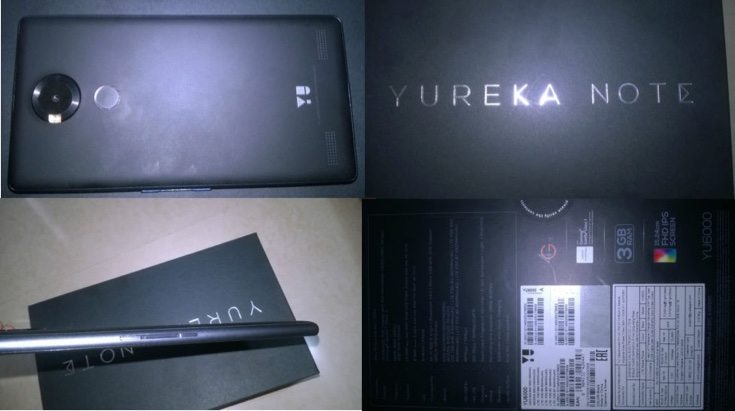 There have been rumors about a new YU smartphone dubbed the YU6000 for some months now. Although the phone has not officially launched yet we have news of a YU Yureka Note price reveal (YU6000). The phone is reported to be already on sale and given these details we expect an official launch very soon.

Last time we reported on the YU6000 it had been spotted in an import listing and we already had an idea of its specifications. We didn’t know the final title of the phone but now the YU Yureka Note YU6000 has appeared for sale at an online retailer. The phone is also reported to be up for grabs in some offline stores as well.

Images claimed to be of the retail box for the phone have also surfaced, and the packaging gives the specs of the device as well as carrying a price of Rs. 14,999 (MRP). The eBay online listing shows it with a steeper price of Rs. 15,700 although the MOP price is likely to be lower. The handset is shown in a black color.

Further specs include a 13-megapixel rear camera with PDAF and dual-LED flash, as well as an 8-megapixel front-facing unit. Features of the phone include dual speakers and a fingerprint sensor. It’s running the stock Android 5.1 Lollipop operating system and it’s a dual SIM device. The measurements of the phone in the online retailer listing are 140.5mm x 69.7mm x 9.3mm and it weighs 156g.

Do bear in mind that we cannot verify the sources of this information so treat this news as unconfirmed for now. Either way we anticipate official word on the phone very soon so stay tuned for more. Are you a potential buyer of the YU Yureka Note?

UPDATE: The YU Yureka Note has now been officially launched with a price of Rs. 13,499. Specs are as above.