Acer Liquid Zest Plus set to debut with 5,000mAh battery and $250 price tag 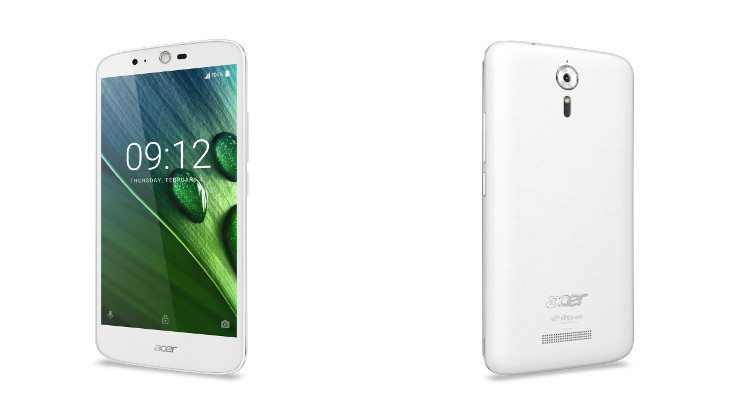 Back in February, we learned the Acer Liquid Zest would roll out in April with some intriguing specs. Well, that day hasn’t quite arrived, but theÂ Acer Liquid Zest has just been officially announced with solid specs and an affordable price tag.

When we first got wind of the Acer Liquid Zest Plus, several details were still up in the air including its release date. Unfortunately, the company still hasn’t announced that quite yet, although they did officially unveil the handset at an event in NYC. The highlight of the handset is a large battery pack, but the rest of the specs are respectable, especially when you factor in the price tag.

The Acer Liquid Zest Plus is in the phablet class thanks to a 5.5-inch HD panel which rests over a 1.3GHz quad-core MediaTek MT6735 processor and 2GB of RAM. The storage is listed at 16GB, which we will assume is expandable until we hear otherwise. As for that big battery, you’ll get 5,000mAh of power to keep thing humming along, so you’re not likely to run out of juice anytime soon. The Acer Liquid Zest Plus also has a unique camera setup with a 13MP Tri-Focus sensor that utilizes PDAF, Contrast and Laser AF. Other features to notice include a 5MP selfie snapper, fast charging and Android 6.0.

While some details surrounding the Acer Liquid Zest Plus are still unknown at this time, we like what we’ve seen so far. The handset may have an odd moniker, but it has what could be a cool camera setup and that massive battery. There’s been no word on when it will actually land, but it’s expected to hit the U.S. with a price tag of $250.