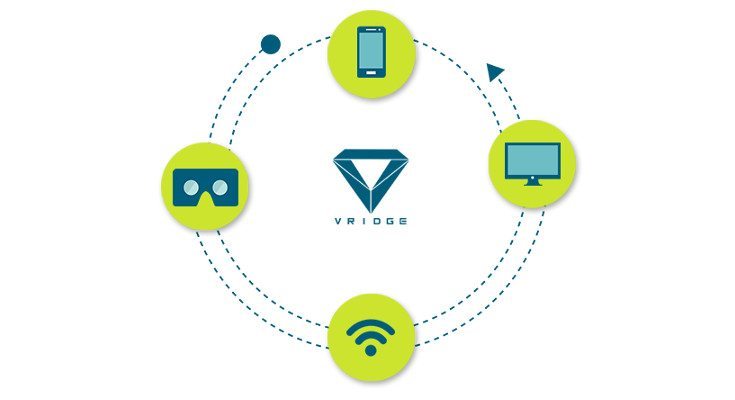 If you keep up with our site, you’ve noticed we are huge fans of Virtual Reality — especially on mobiles. While the content is still somewhat slim, things are going to get a whole lot more interesting thanks to an update with the VRidge app.

If you’re down with mobile VR, you already know that the pickings are rather slim in the Oculus Shop and the quality of many Cardboard-based games aren’t quite up to snuff. Content for the Oculus and the Vive is far better, but you can’t get access to it without spending hundreds if not thousands of dollars. Well, the VRidge app is going to change that as a new update will allow folks to play SteamVR games with almost any VR headset.

The concept behind the VRidge app is simple. It essentially acts as a go-between with your PC and mobile, which allows you to stream PC-based VR content on a a headset. That allows you to skirt the price on the Rift and Vive although you can’t expect the same experience with a cheap Cardboard headset or even the Gear VR. The HTC Vive and Oculus Rift are just in a different class when it comes to hardware.

While we haven’t delved too deeply into the VRidge app, you will have to download a companion program from RiftCat on your PC to run it. You’ll also need Wi-Fi for the streaming, but everything else is pretty clear cut including the setup. Once you rolling, a whole new world of content will open up as Steam is absolutely loaded with cool games. A few that stood out to us include Job Simulator, Holopoint, and Windlands, but there’s a little something for everyone. A quick count shows around 180 titles available; just don’t expect them all to work properly.

The VRidge app is in its Beta state at the moment, so you can expect a few issues here and there as is usually the case with apps of this nature. That said, many of the early reviews are positive, so it’s definitely an app to try if you dig Virtual Reality. If you want to take it for a spin, you can pick up the VRidge app for free on Google Play.