Lenovo Vibe S1 price gets a notable cut in India 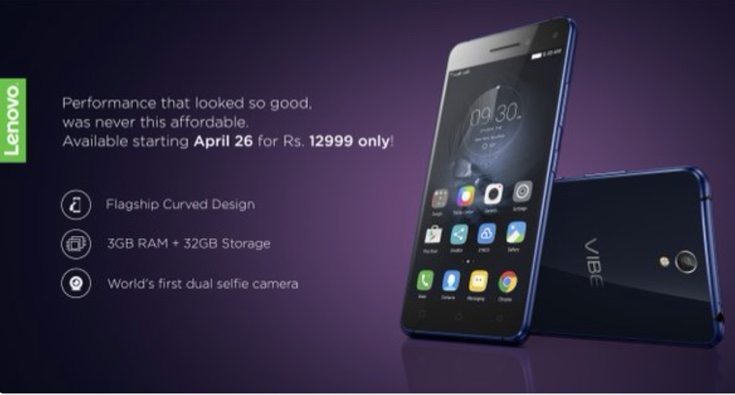 In November last year Lenovo’s Vibe S1 smartphone launched in India. The device has a metal frame and some very decent specs including a dual front-facing camera set-up for selfie fans. Now we’re pleased to tell you that the Lenovo Vibe S1 price is getting a notable cut in India.

When the phone launched as an exclusive for Amazon.in last year it was priced at Rs. 15,999 and it has since generated a good amount of interest. The current price of the phone at Amazon in either Dark Blue or White colors is Rs. 14,999. However, Lenovo has announced that from tomorrow (Tuesday) the price will be slashed to its new price of Rs. 12,999.

The company announced the move on Twitter today and included the words, “Style and Substance was never this affordable!” In case you need a refresher on Lenovo Vibe S1 specs, it has a 5-inch Full HD display, a 1.7GHz MediaTek octa-core processor, and 3GB of RAM. There’s 32GB of internal storage (expandable), a 2500 mAh battery, and 4G LTE support.

Undoubtedly the highlight, at least as far as selfie lovers are concerned, is the dual front-facing camera set-up with 8-megapixel and 2-megapixel sensors. Camera features include editing tools such as Blur and Cut Out. The main camera at the rear is a 13-megapixel variety and the handset is nicely slim at 7.8mm. It weighs in at 132g and it runs the Android 5.0 Lollipop operating system.

Readers might also want to check out Lenovo Vibe S1 battery life comparing the performance in this respect to many other popular smartphones. Alternatively you might want to look at a Vibe S1 gaming review. Are you pleased to hear that from tomorrow the Lenovo Vibe S1 price is being reduced? Maybe you’re glad that you waited to see if the pricing would go down?