ZTE A2017 in certification images, probably the Axon 2 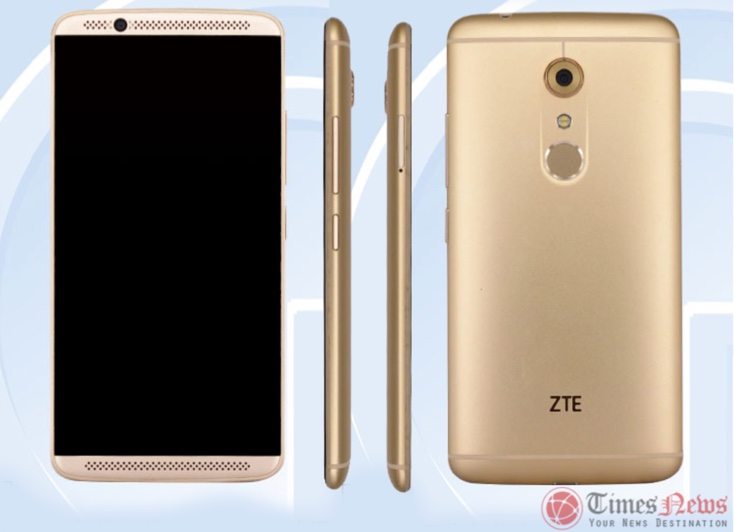 There are often early signs of upcoming devices when they show up in benchmarking or certification sightings. Last month we reported on a ZTE Axon 2 flagship prospect when some specs for a device with model number A2017 showed up in a benchmark filing. Now the ZTE A2017 has shown up in certification images and it looks probable that this is indeed the Axon 2.

The previous spot of the ZTE A2017 was from GFXBench, and the high-end specifications suggested the likelihood that this would be the ZTE Axon 2nd gen. Some key specs from that earlier appearance were a 2.1GHz Snapdragon 820 quad-core CPU and Adreno 530 graphics. Further specs listed were a 5.5-inch display with 2560 x 1440 resolution (Quad HD), 4GB of RAM, and 64GB of internal memory. The phone was running Android 6.0.1 Marshmallow, with a 21-megapixel rear camera and 8-megapixel front-facing camera.

Now the ZTE A2017 has shown up at Chinese regulatory authority TENAA for certification purposes. As usual the filing discloses some specs for the device, but this time we also get a look at the handset thanks to a set of images. Going back to the specs for a moment, they match those from the earlier benchmark sighting but also flesh things out a little more. For example the internal storage is expandable via microSD to 128GB, and the rear camera has dual-LED flash. A non-removable 3140 mAh battery is also revealed, probably featuring Quick Charging.

Connectivity includes 4G LTE, WiFi, Bluetooth, NFC, and GPS, and it supports both GSM and CDMA. Other details that have emerged include an all-metal build, dual front-facing speakers, and a fingerprint sensor on the reverse. This has a dual purpose as when the camera app is open it can also act as a shutter button. The handset measures 154mm x 77mm x 9.8mm, weighs 175g, and it appears that a leather case will be offered along with the device.

Now that the ZTE A2017 (probably the ZTE Axon 2) has shown up for certification purposes we expect to hear an official announcement very soon. Stay tuned for more and we’ll be back with the news. Are you waiting for this new ZTE smartphone to launch?