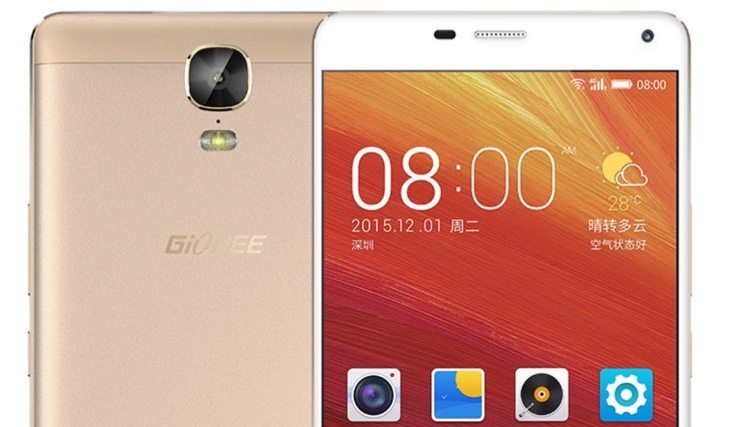 Gionee’s Marathon M5 Plus smartphone was unveiled at a December event in China, and it was expected that it would also become available for other markets. Some months later we know now the Gionee Marathon M5 Plus India price as announced at the launch for the country.

When the M5 Plus launched in China it was priced at the equivalent of Rs. 25,575. That doesn’t always reflect the final price when a device arrives for sale in another region, but this time it wasn’t too far out. The confirmed Gionee Marathon M5 Plus India price is Rs. 26,999 and it will be available in Champagne Gold or Polar Gold colors. The phone will be on sale soon across India.

Specifications of the Marathon M5 Plus include a 1.3GHz MediaTek MT6753 64-bit octa-core processor with Mali-T720 graphics. It has a large 6-inch Super AMOLED display with Full HD resolution of 1920 x 1080 featuring 2.5D curved glass. The phone has 3GB of RAM, 64GB of internal memory (expandable via microSD to 128GB), and a sizeable 5020 mAh battery. The battery has fast charging and is claimed to last for up to 34 hours on standby.

The Marathon M5 Plus measures 160.9mm x 81.2mm x 8.4mm, and weighs in at 208g. It features DTS audio as well as a fingerprint scanner built-in to the Home button, and it’s an attractive looking handset with a metal build. Are you pleased to hear of the Gionee Marathon M5 Plus India launch? What are your thoughts on the price of this smartphone?