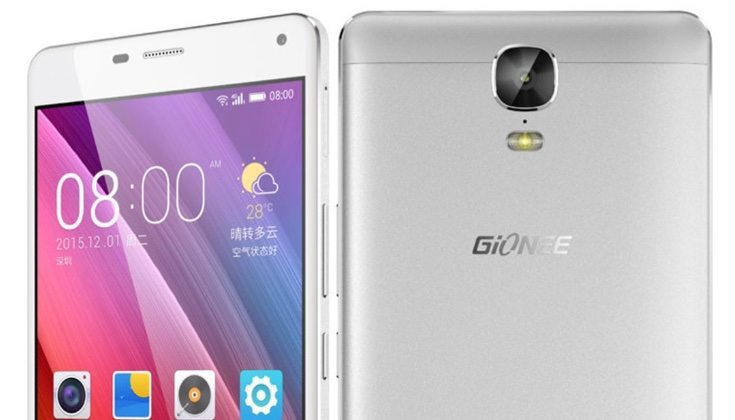 Just as expected Gionee has just launched its Marathon M5 Plus phablet, a successor to the Marathon M5. The phone was officially unveiled at an event in China and we have information on the Gionee M5 Plus price, specs, and more coming right up. The device will be available in China first, and although launches for other markets have not been detailed yet we expect it to follow to further regions.

Kicking off with the specifications these largely match earlier leaks. The M5 Plus packs a 1.3GHz MediaTek MT6753 64-bit octa-core processor, and Mali-T720 graphics. It has a 6-inch AMOLED display with Full HD resolution of 1920 x 1080 with 2.5D arc glass. There’s 3GB of RAM, 64GB of internal storage (expandable with microSD card to 128GB), and a sizeable 5020 mAh battery featuring fast charging.

Another feature of this new Gionee smartphone is a fingerprint sensor incorporated into the physical Home button, and it has a premium appearance with a slim metal build. The price has only been announced for China, but we’ll give some equivalent pricing for other regions. Bear in mind though that if it releases elsewhere the pricing can change according to market.

The Gionee M5 Plus price is CNY 2,499, around $385, Â£260, â‚¬355, or Rs. 25,575. It’s offered in Gold or Silver colors and buyers in China can order it now from the official Gionee shop. It will be available from December 25th. It will be interesting to hear your first impressions of this new Gionee smartphone? Might you buy the M5 Plus if it releases in your region?