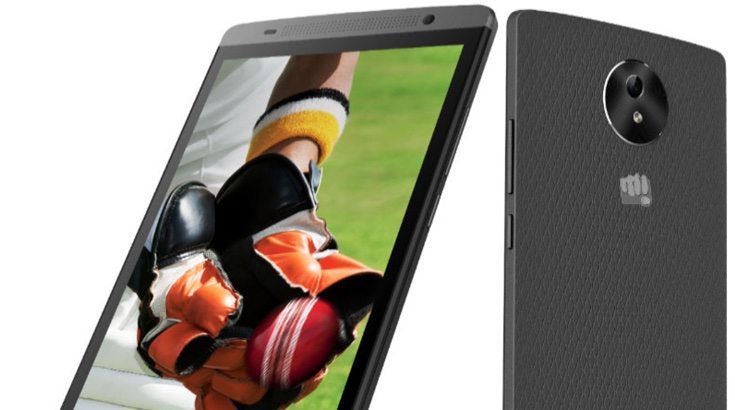 A new device from Micromax is never far away, and in the last few weeks we’ve seen new smartphones such as the Micromax Canvas 6 and Micromax Canvas Spark 2 Plus. Now the Canvas Mega 2 joins the company’s portfolio, and it has been given a price tag of Rs. 7,999. The handset is offered in a black color only.

Micromax Canvas Mega 2 specs include a 1.3GHz quad-core processor, and a 6-inch IPS display with qHD resolution of 960 x 540. That screen resolution might disappoint some potential buyers who would have expected at least HD resolution. The phone has 1GB of RAM, and 8GB of internal storage (expandable via microSD).

The phablet has a rear 8-megapixel camera with autofocus and LED flash, as well as a 5-megapixel front-facing shooter. The dual SIM device has its juice supplied by a 3000 mAh battery. Connectivity options include 4G LTE, 3G HSPA+, WiFi 802.11 b/g/n, Bluetooth 4.0, and GPS. The dual SIM handset also features FM Radio and a 3.5mm audio jack.

The Micromax Canvas Mega 2 runs the rather dated Android 5.0 Lollipop operating system. That’s another factor that might disappoint some buyers, especially as the cheaper Canvas Spark 2 Plus launched on Android 6.0 Marshmallow. Micromax Chief Marketing Officer, Shubhajit Sen, said of the launch,

“With the launch of Canvas Mega 2, we will surely drive the value for money phablet category in the country by addressing major consumer pain points of better viewing experience and more productivity on-the-go at disruptive price points. With the cricketing season on its roll, the new smartphone will be a true haven for the sports aficionados in the country as they will be able to consume best quality cricket viewing experience on the move.”

Give us your initial impressions of the Micromax Canvas Mega 2? Do you think this new Micromax smartphone offers value for money or not?