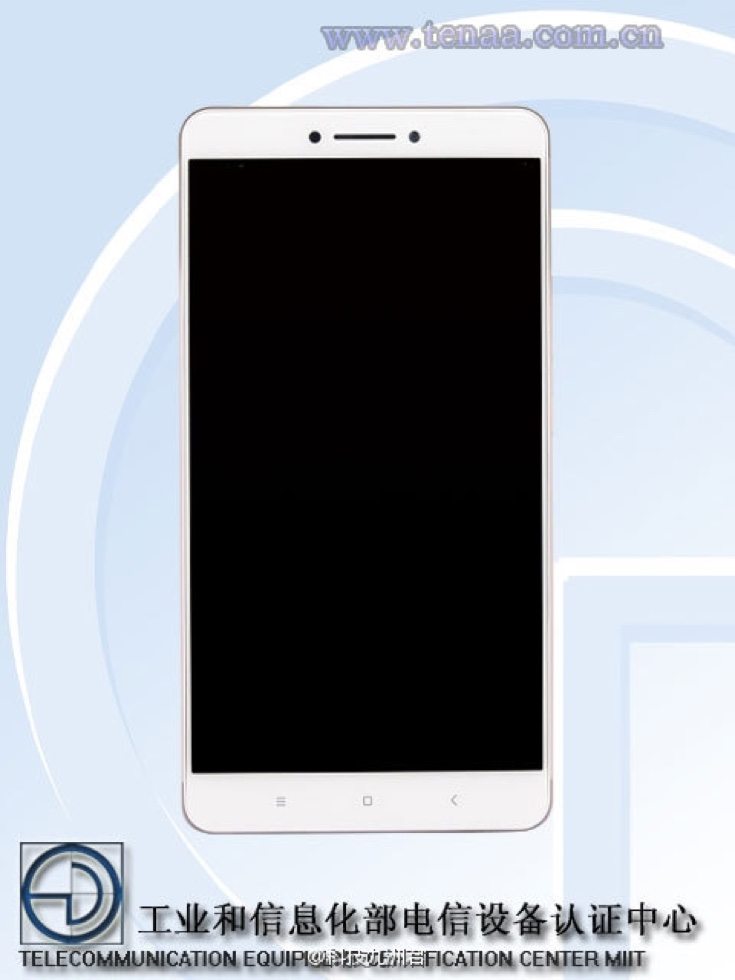 There are just a few more days until the Xiaomi event on May 10 where we will see the company’s Max phablet officially unveiled. There have already been several leaks about this device including images and renders, and now we can share some Xiaomi Max new certification images that show us more about the device.

In recent weeks we saw the whopping 6.4-inch display panel of the device leaked, and this was followed by renders of the handset. We often see pictures of upcoming devices when they appear for TENAA certification in China, and now a TENAA filing has given us the goods on the Xiaomi Max. These show us both the front and back of the handset.

The images reveal the metal body of the Xiaomi Max, and the one of the reverse of the phone shows the fingerprint sensor. It also displays the Mi logo, rear camera sensor at the top left, and the fact that the phone has dual tone LED flash. The image of the front of the handset shows symmetrically placed sensors, slim bezels, and the three capacitive buttons below the display. 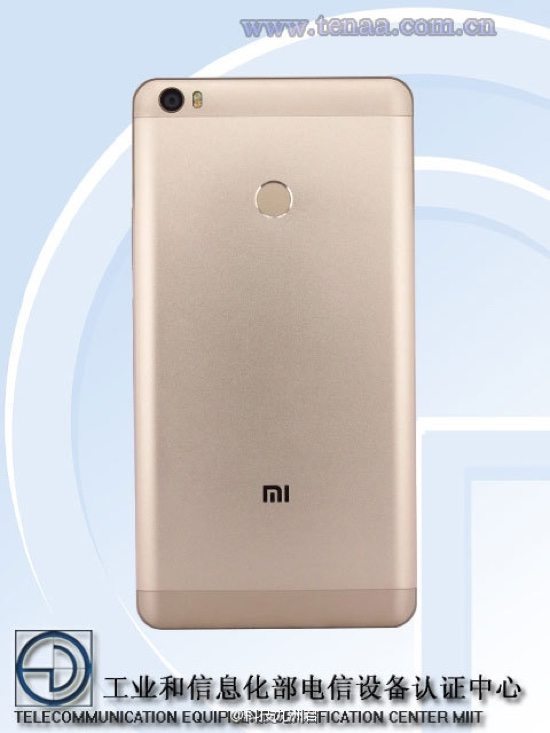 As the phone has not been made official yet we cannot verify these images. However, we’d be very surprised if they are not of the Xiaomi Max as they tie in with previously leaked pictures. We’ve seen various leaked specifications for the phablet and the latest round suggested a 1.8GHz Snapdragon 650 hexa-core processor, and 6.4-inch display with Full HD resolution of 1920 x 1080.

Further unofficial specs of the device are thought to be 2GB of RAM, 16GB of internal storage, and a 4500 mAh battery. It’s said to have a 16-megapixel rear camera, a 5-megapixel front-facing snapper, and be running Android 6.0.1 Marshmalllow skinned with MIUI 8. There could also be a superior variant sporting the Snapdragon 820 processor, as well as the possibility of 3GB/4GB RAM models.

The Max is rumored to have a price tag of around CNY 1,299 (around $200, Â£138, or Rs. 13,280) but again this is unconfirmed at this stage. Thankfully it’s not long until May 10 when we should finally hear the Xiaomi Max confirmed specs, release date, and price. Are you eager to see this new phablet officially introduced?