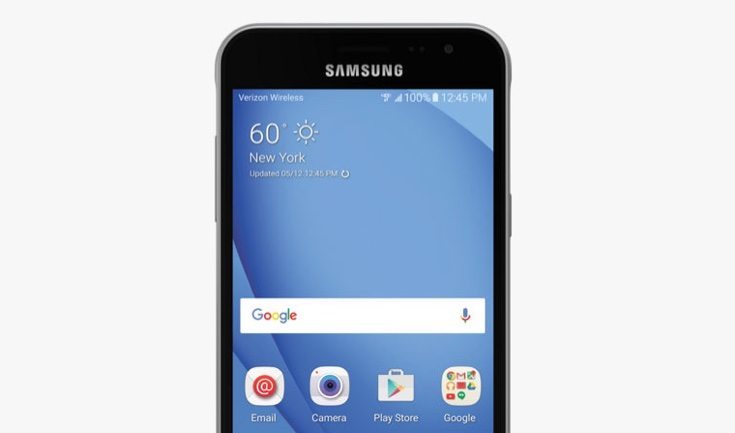 The affordable Samsung Galaxy J3 (2016) released a few months ago and already reached availability at Sprint, Boost Mobile, and Virgin Mobile. Then in late April we told how an unlocked version of the phone was now available for AT&T and T-Mobile from Amazon. Now the smartphone has arrived with further carriers, and we have details of the Samsung Galaxy J3 (2016) AT&T and Verizon pricing.

It’s always good to see devices offered through further outlets, and
Verizon just beat AT&T to the starting line with the 2016 Galaxy J3. Big Red is offering the handset with a full retail price of $168. Alternatively you can choose to get the phone on a prepaid plan for only Â£109.99 if you want to avoid a long-term contract.

If you’d rather grab the phone through AT&T the full retail price is $169.99. Alternatively AT&T is selling the Samsung Galaxy J3 (2016) with a device installment plan alongside a service agreement. If you choose this route you won’t need to pay anything upfront followed by monthly payments of $5.67 over 30 months. Another option is monthly payments of $7.09 for 24 months or payments of $8.50 for 20 months.

For the money you’ll get an Android smartphone equipped with a quad-core processor, and a 5-inch Super AMOLED display with HD resolution of 1280 x 720. It has 1.5GB of RAM, and internal storage that’s expandable to 128GB via microSD. The Galaxy J3 (2016) has a 5-megapixel rear camera and 2-megapixel front-facing selfie snapper, and it’s juiced with a 2600 mAh battery.

Have you been waiting for Verizon or AT&T to offer the Samsung Galaxy J3 (2016)? Do you think the pricing of this Galaxy smartphone offers value for money or not? Do let us know with your comments. as we’re always interested to hear what readers have to say.