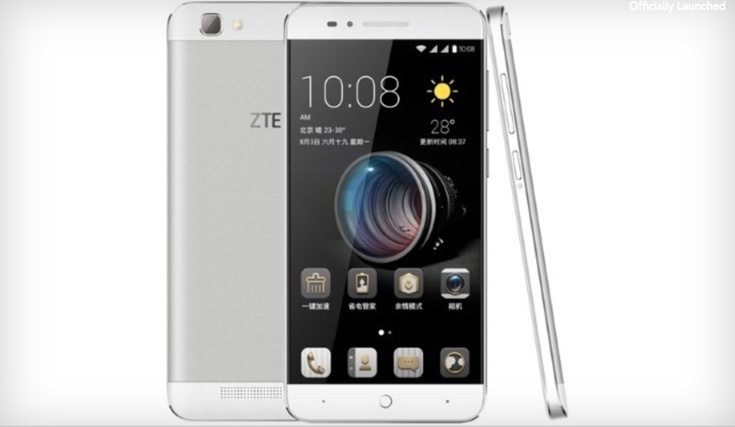 A new smartphone from ZTE has just been launched in the form of the Voyage 4 (A610). The dual SIM handset is nothing to get too excited about in the way of specs, but the ZTE Voyage 4 has a budget price so it’s likely to find some appeal. The phone will be available in China for now, but there’s no official word yet about if or where it will release elsewhere.

The low to mid-range ZTE Voyage 4 succeeds the ZTE Voyage 3 that released late last year. It has a metal build and was previously sighted during the TENAA certification process as model number BA610C. Specifications of the ZTE Voyage 4 include a 1GHz MediaTek MT6735P quad-core processor with Mali-T720 graphics. It has a 5-inch display with HD resolution of 1280 x 720 featuring 2.5D glass.

Further specs include 2GB of RAM and 8GB of internal storage that’s expandable with a microSD card to 128GB. The main camera at the rear has an 8-megapixel sensor with autofocus and LED flash, while the front-facing camera is 5-megapixels. The Voyage 4 packs a notably sized non-removable 4000 mAh battery, and there’s also support for reverse charging.

The ZTE Voyage 4 has connectivity options that include 4G LTE with VoLTE, WiFi, Bluetooth, GPS, and microUSB 2.0. It runs the Android 5.1 Lollipop OS skinned with MiFlavor UI. The handset measures 145mm x 71mm x 8.2mm and weighs in at 147g, and it has slight curvature on the reverse. The phone is available in a choice of Gold and Silver colors.

Now we get to pricing and the ZTE Voyage 4 price is CNY 799. That equates to around $122, Â£85, or Rs. 8,180 so it’s in budget smartphone territory. What are your initial impressions of this new ZTE smartphone? Is it a device you might be interested in yourself? Let us know with your comments.