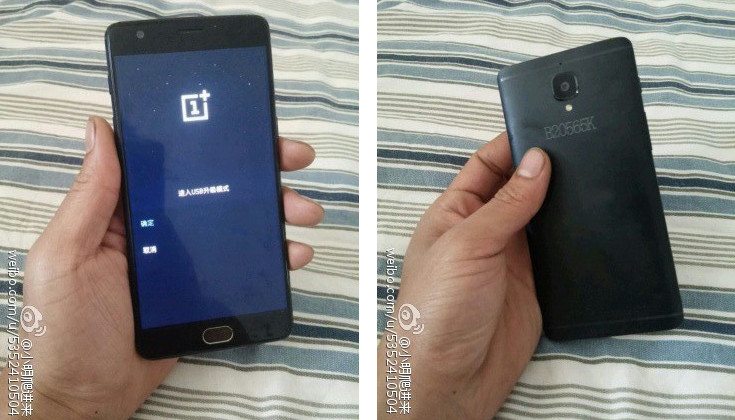 A few days ago we got a quick, but blurry look at a handset said to be the OnePlus 3. New OnePlus 3 photos have emerged today, and we hope you were a fan of the design shown in the previous pics…

Let’s face it, if you are going to buy a “flagship” smartphone in 2016, it’s going to have the same base specs as the rest of the pack. That’s not a bad thing considering most handsets will roll out with Snapdragon 820’s, 4GB of RAM, and QHD panels, but it makes features and design all the more important. If today’s OnePlus 3 photo leak is legit, we’ll be getting an uninspired design from the company this year.

The new OnePlus 3 photos line up perfectly with the previous pics, and are much clearer as well. It appears to be a slim smartphone with rounded edges on the backside and what could be 2.5D glass on the front. It’s definitely not a bad looking device and is rumored to be metal, but it’s something we’ve seen plenty of times from HTC and others. Nothing new was mentioned in regards to the specifications, but it is expected to have a SD 820, 4GB of RAM, and an FHD display.

Even though this is the second set of photos showing the same handset, you’ll still want to take them lightly for now. It could be a dummy unit or prototype of sorts, so we may be surprised when the OnePlus 3 release date arrives. On the other hand, if the photos are legit, we hope you like HTC’s old design.