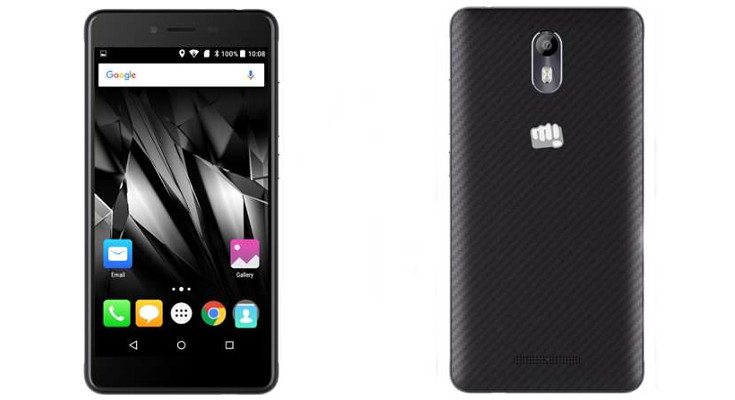 Every smartphone manufacturer in the game has their main “series” of smartphones, and for Micromax, that would be the Canvas lineup. Details about the Micromax Canvas Evok price and specifications have recently come to light as the handset is set to launch in India tomorrow.

We never know what we are going to get from Micromax when they drop a new smartphone, and it’s anyone’s guess as to where it will land. The company frequently partners with e-tailers in the region for new product launches, and for the Micromax Canvas Evok they’ve opted for Flipkart. They have also ramped up the specs on this one as the Evok offers up quite a bit of bang for your buck.

The last smartphone from Micromax to cross our radar was the Micromax Canvas XP 4G, which launched with a 5-inch panel and 3GB of RAM. The Micromax Canvas Evok will have the same amount of RAM, but it will rest under a larger 5.5-inch panel carrying a resolution of 1,280 x 720. The chip running the show is listed as the 64-bit Snapdragon 415, which is paired with the Adreno 405 GPU. As for the storage, you’ll get 16GB out of the box.

On the backside of the Micromax Canvas Evok, you’ll find a solid 13MP sensor with a Dual LED flash, and the rear snapper clocks in at 5MP. Connectivity options include a microSD card slot, Bluetooth 4.0, GPS, Wi-Fi, 4G LTE, and Dual-SIM card slots. The Micromax Canvas Evok will draw its power from a 3,000mAh battery and is listed as running Android 5.1 out of the box.

As mentioned, you’ll have to go through Flipkart if you want to scoop up the Micromax Canvas Evok, but you won’t have to wait long to get one. The handset will be available in Black starting tomorrow, and carries a price tag of Rs. 8,499, which shakes out to around $127 bucks in the states.

What do you think of the Micromax Canvas Evok price compared to its specifications?