We see a lot of leaks come from Benchmark listings, and many of those handsets don’t have official monikers. The Sony F3311 falls into that category, but today things have become clearer as it looks like it’s actually the Sony Xperia E5 in disguise.

Sony has been struggling with their mobile offerings for a while now, and they finally decided to revamp their flagship lineup this year. The company still has plenty of unannounced smartphones in the works, and a couple of them recently passed through the benchmark listings over at GFXbench. At the time, the Sony F3216 and the Sony F3311 did not have a proper name, but a new customs listing for Russia proves the latter will be known as the Sony Xperia E5. 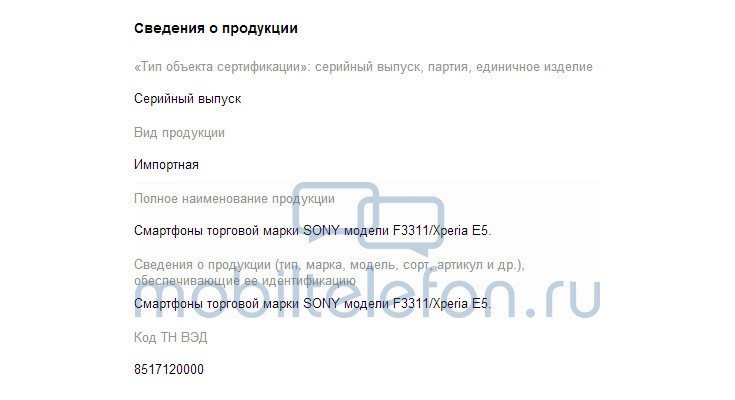 The Russian customs listing shows the Sony FE11 to be the Xperia E5, which lines up nicely as the E-class are budget devices and the F3311 certainly fits that bill. The handset was listed with a 4.6-inch display and will draw its power from a 1.3GHz quad-core MediaTek MT6735 coupled with 1.5GB of RAM. The internal storage is listed at 16GB, while the camera combo is solid at 13MP on the front and 5MP on the back. The handset will have the full array of connectivity options and was tested running Android 6.0.

Would you be interested in the Sony Xperia E5 if the price is right?