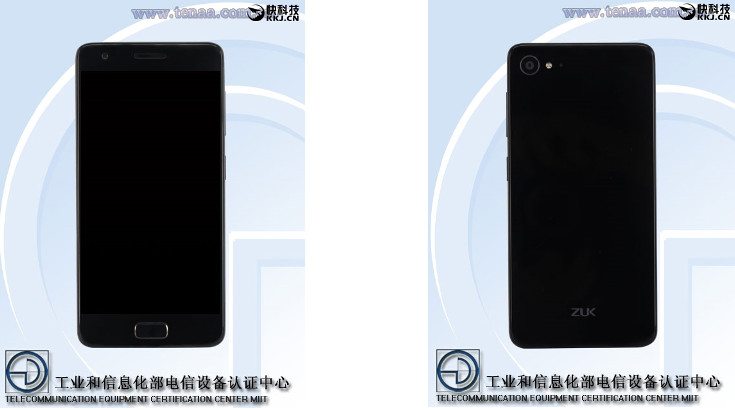 ZUK is a name we’ve gotten to know quite well over the past year, and for good reason as their first smartphone was impressive. We expect more of the same from the sequel, and the ZUK Z2 release date appears to be inching closer as the handset has just passed through TENAA.

In case you’re wondering who or what a “ZUK” is, they are a sub-brand of Lenovo, and responsible for the original ZUK along with the recently announced ZUK Z2 Pro. The latter has just gone on pre-order, but we’re still waiting to see how much we’ll need to pony up for the ZUK Z2 smartphone. While we wait, we have a couple of new images to take in from TENAA and a laundry list of specifications to peruse.

The ZUK Z2 has actually been making the rounds through the rumor mill since the end of last year, but today’s TENAA listing gives us the clearest idea of what ZUK has planned yet. According to TENAA, the handset measures 140.5mm x 69mm x 7.9mm with a weight of 150grams. It has a 5-inch panel with a resolution of 1,920 x 1,080, which is a hair smaller than the Pro model. The processor powering the show is listed as the Snapdragon 820, which should come as no surprise as it’s the chip of choice for most manufacturers in 2016.

You’ll have plenty of storage out of the box with the ZUK Z2 as it’s listed with 64GB of storage although there’s no mention of a microSD card slot. The camera combo clocks in with a 13MP sensor on the back and an 8MP snapper on the front. Other options to note included 3GB to 4GB of RAM, Dual SIM/Dual Standby, 4G LTE, and a 3,500mAh battery. The handset will have a fingerprint sensor as well, and was tested running Android 6.0.1.

We expect the follow-up to the original ZUK to be just as popular as the original, and it should carry an affordable price tag to boot. It’s expected to cost around 1,799 Yuan or $278, which is quite the deal for what it packs under the hood. There’s been no word on an international release at this time, but we should learn more when the handset becomes official on May 31st.