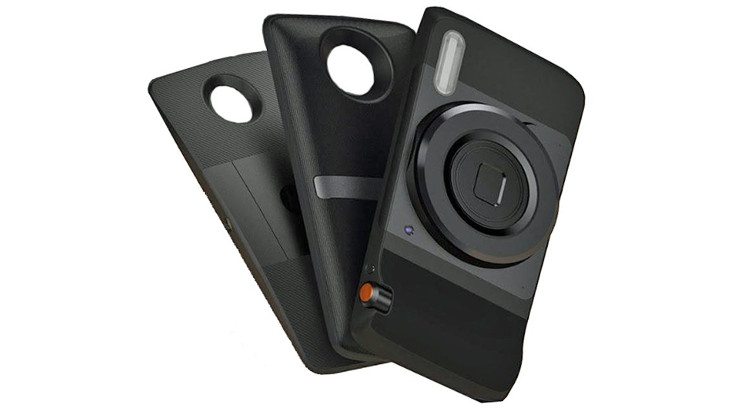 Unless you’ve been dwelling under a rock, you have probably caught wind of the upcoming Moto Z lineup by now. The modular smartphones are set to make their debut soon, and today we’ve got not one, but two new juicy leaks to share.

Evan Blass, otherwise known as @evleaks on Twitter, has hit us with two new leaks involving Motorola’s unannounced smartphones. Previously, we had learned that the Moto X line was being phased out in favor of the Moto Z Play and Moto Z Style. Nothing appears to have changed in that regard, and the new renders of the handsets line up perfectly with the previous leaks… aside from being referred to as a Moto DROID. As you can see from the photo below, they are going to be a trio of sleek smartphones, and the MotoMods are quite a bit different than what we’ve seen from LG’s Friends.

The DROIDs you’re looking for? pic.twitter.com/j5zqq73Zh2

Three modules are shown in the new photos, and they will clip on to the back side of the new Moto Z’s as previously rumored. The first MotoMod on the right is fairly obvious, and Blass says it’s a Hasselblad camera although we don’t know the specs just yet. The middle MotoMod is a speaker module from JBL, while the last one on the left is a projector. The company has matched LG module for module with the exception of an extended battery although one would assume we’ll see one of those down the road as well.

While we were excited to see the first module smartphone from LG with the LG G5, the new Moto DROID lineup tends to jumpÂ off the page. At this time there are still more questions than answers surrounding the handsets, but we hope to learn more before the devices are launched next month.

Are you excited forÂ the new Moto DROIDs?