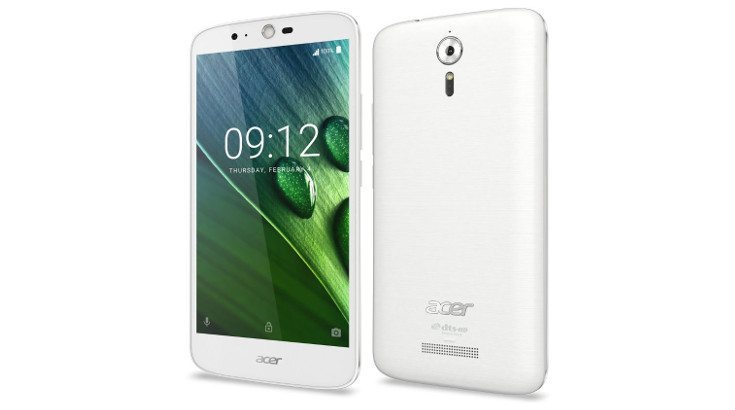 Last month, we learned the Acer Liquid Zest Plus release date would arrive in the near future, and now we know when that will be if you call the states your home. The handset is coming stateside in July and will carry a price tag of $199.

As someone who resides in the US, I can tell you firsthand that you don’t see many folks strolling around with handsets from Asus. Samsung and Apple tend to rule the streets for the most part, and while Asus has put out some intriguing products, they can fly under the radar at times. The Acer Liquid Zest Plus specifications put it in the mid-range class, but it is going to sport a battery bigger than you’ll find in most smartphones available in the US.

The Acer Liquid Zest Plus specifications have not changed since it first crossed our radar, so you will still get a 5.5-inch panel with a resolution of 1,280 x 720. Beneath the glass, you will find a MediaTek MT6735 processor backed by 2GB of RAM, and the storage is listed at 16GB but expandable through a microSD card slot. There is nothing groundbreaking under the hood, but it has solid specifications nonetheless.

The rear camera on the Acer Liquid Zest Plus is better than expected at 13MP and with has Laser Auto Focus and PDAF to ensure sharp photos. The front-facing camera isn’t as grand, but more than sufficient at 5MP with a wide-angle lens. Connectivity options include Bluetooth, Wi-Fi, GPS, and the usual suspects and while 4G LTE wasn’t mentioned, we assume you’ll get it given the hardware and price. Android Marshmallow 6.0 and a massive 5,000mAh battery with Quick Charging tech round things out for the Acer Liquid Zest.

As mentioned, you’ll be able to scoop up the Acer Liquid Zest Plus in the United States in July where it’s priced at $199 unlocked in Andes White or Moroccan Blue. The handset will also be available in EMEA countries during the same time period for â‚¬199.