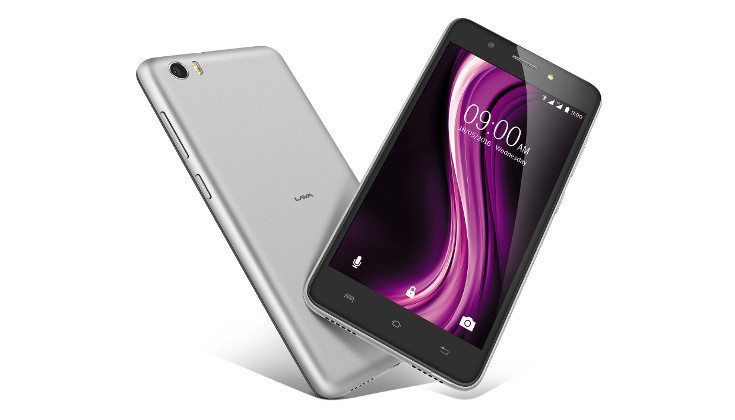 Yesterday, we told you about a new handset from Lava in the Lava X46. While that was a solid handset, the company has announced another new smartphone with a little more bang for your buck with the Lava X81.

When the summer comes, so do the waves of smartphone releases. It has been an extremely busy week in the smartphone world, and no region has seen more handsets come their way than India. Well, you can add one more to that ever expanding list with the Lava X81, which has just been announced for the country with a price tag of Rs. 11,500.

If you were less than impressed with the Lava X46 we showed you yesterday, the newly announced Lava X81 may be more your speed. The X81 still has the same 720p panel as its predecessor, and the processor appears to be the same as well. The boost comes into play with the RAM and storage, which have been bumped up to 3GB and 16GB respectively. The storage is still expandable as well, so you can kick things up by an additional 64GB if you so desire.

On the rear of the Lava X81, you will find a 13MP sensor with a Dual LED Flash while the front-facing snapper clocks in at 5MP. Connectivity options will include Wi-Fi, Bluetooth 4.0, GPS, and 4G LTE. The Dual SIM handset will draw its juice from a 2,700mAh battery and is listed as running Star OS 3.0 which is based on Android 6.0.

It’s safe to say the Lava X81 is a step up from the X46 and you’ll get a couple of freebies with this one as well. Consumers will receive a 1-year screen replacement and Airtel double data within the first month of the release, which is set for June 13th in the region. The handset is currently priced at Rs. 11,499 and will be available through Flipkart or retail shops throughout the region.