Lenovo introduces the Lenovo Phab 2, Phab 2 Plus, and the Phab 2 Pro 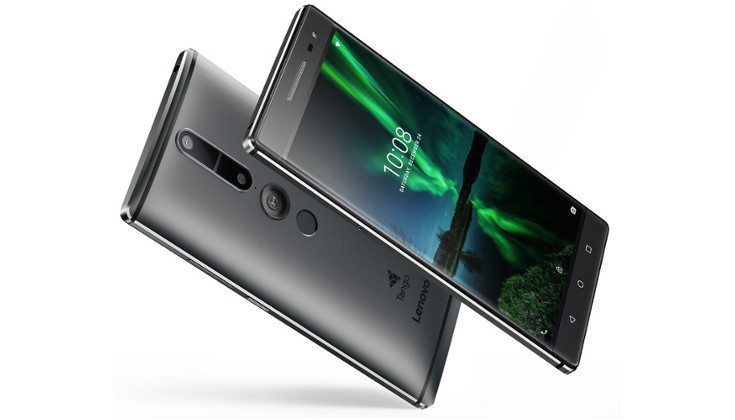 Lenovo has had a pretty big day today. The introduced the world’s first Google Tango smartphone, and they also rolled out a few new products under the Motorola moniker. That said, we’ve got phablets on the brain, so we’re going to take a look at the Lenovo Phab 2, the Phab 2 Plus, and the Phab 2 Pro.

Earlier in the week, we got a quick peek at the Lenovo Phab 2, and today the company unveiled it along with two variants. The Phab 2 Pro is of special interest to Augmented Reality aficionados, as it’s the world’s first Tango smartphone in collaboration with Google. As for the other two handsets, they are certainly nothing to scoff at given their specifications.

First up is the base model, dubbed the Lenovo Phab 2. It’s ginormous thanks to a 6.4-inch panel with a resolution of 1,280 x 720p and it gets its horsepower from a 1.3GHz MediaTek MT8735 quad-core chip and 3GB of RAM. The storage should be more than sufficient for most folks at 32GB, and it’s expandable via a microSD card slot. Other features to note include a 13MP rear camera with PDAF, 5MP front-facing camera, Dolby Atmos Audio, Hybrid Dual SIM slots, a 4,050mAh battery, and Android 6.0.

As for the Lenovo Phab 2 Plus, it has the same amount of RAM and storage, but has a sharper 1,920 x 1,080 display with 2.5D glass. The chip has been upgraded to the octa-core MediaTek MT8783 and the cameras are getting a big boost as well. The rear camera will be 13MP with PDAF and Laser Auto Focus but there will be two of them, which allows for some cool tech tricks. The front-facing sensor is no slouch either at 8MP. Everything else largely remains the same, with the exception of a fingerprint scanner for the Phab 2 Plus.

Last but not least is the Belle of the Ball known as the Lenovo Phab 2 Pro… aka the Google Tango phone. The display still clocks in at 6.4-inches for this variant, but you’ll get QHD resolution this time around along with a speedy Snapdragon 652 and 4GB of RAM. The storage is expandable as well but doubled up to 64GB out of the box. The connectivity options mimic its brethren as does the battery, OS and you’ll get a fingerprint scanner on this model as well. The selfie snapper remains 8MP, but the rear camera is 16MP and you’ll get a Motion Tracking Sensor and Depth Sensor for Project Tango.

If Lenovo’s trio of new handsets tickles your fancy, you’ll be pleased to know they are going to get a wide launch. All three will be available globally this September in Champagne Gold and Gunmetal Grey. The Lenovo Phab 2 is the cheapest at $199 unlocked while the Lenovo Phab 2 Plus clocks in at $299. As for the Project Tango Phab 2 Pro, it’s a bit more expensive at $499, but well worth the price given the specifications and features.