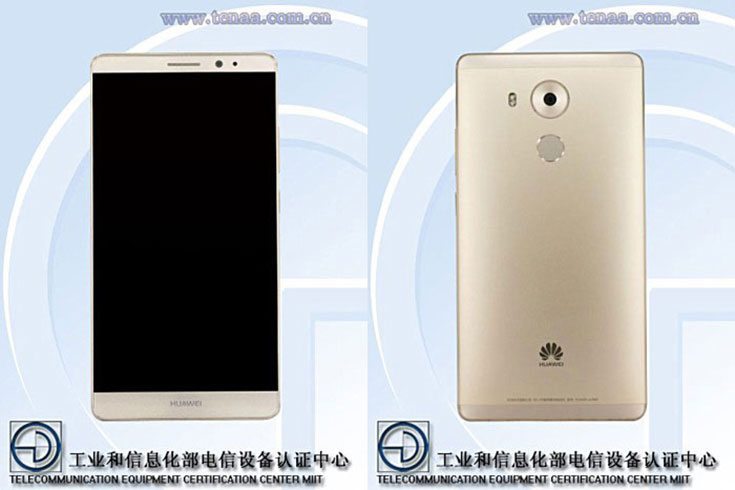 A new phone from Huawei has just passed through Chinese Telecom authority, TENAA, and it looks like a variant of their flagship, the Mate 8. The phone is dubbed as eH880, but this is just a codename and the actual name will not be revealed on the listing. The phone has some serious hardware packed into a 6-inch phablet and there is one unique feature on this phone.

The Mate 8 was released back in November 2015, and it was one of the revolutionary phones from Huawei. The phone looked spectacular, had some spectacular hardware and performed spectacularly. Now going by the TENAA listing, the new phone looks like a different variant of the Mate 8.

The striking feature of the new phone is that it comes with a Force Touch Display. The Force Touch Display was also featured on the Mate S, but it is said that there are a lot of improvements that Huawei has brought into the new one.

Just like the Mate 8, the new phone also features a 6-inch Full HD display with a 2.3GHz octa-core processor. This might most probably be the latest Kirin 955 SoC from Huawei that is used inside the phone. The RAM is listed as 4GB and there is also a massive 64GB of internal storage.

There is no official confirmation on this new phone from Huawei and the pricing and availability are yet to be revealed. The listing doesn’t divulge any details about the phone’s camera. Huawei recently launched the Honor T1 tab and Honor 5C in India, check them out here.