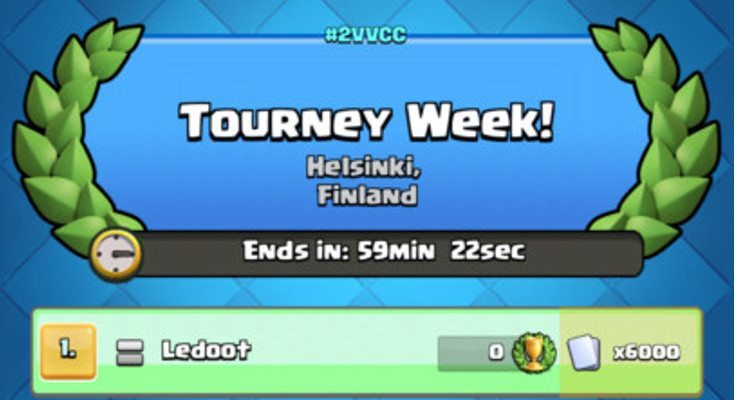 The minds behind one of the most popular games on the planet, Clash Royale, are set to drop a new update soon. Over the weekend, they unleashed details on the Clash Royale Tournament mode, which may debut a bit sooner than we though.

When you have a moneymaker on your hands like Clash Royale, you want to keep fans happy with updates. We are not talking about bug-squishing updates either, but rather the kind that add additional content to the game. Supercell has been great about their Clash Royale updates thus far, but the addition of Clash Royale Tournaments is going to kick things into overdrive.

Supercell teased that tournaments were coming in the near future, and they have finally given fans an idea of what to expect when the update arrives. In a nutshell, once Tournament mode is unlocked, you can create location-based tourneys in a closed matchmaking system complete with its own leaderboard. The tournament rules will be standard, but the rewards certainly won’t be…

The Clash Royale Tournament update will bring something called tournament chests into play. Players that rank high enough in a tourney will receive chestsÂ with the winner getting around 15,000 cards in their special tourney chest. While that is amazing, you will have to shell out a large amount of gems to fire one up according to Supercell. You can only play in one tourney at a time (but can leave to join others) although you cannot enter another tourney while “opening” a tournament chest. That’s version one of the update as the company has other feature planned as well.

We had been wondering when the Clash Royale Tournament system would arrive, and while they didn’t give us a firm release date, they may have tipped their hand to one. Clash Royale streamers will have a series of tournaments running on July 4th, so one would assume we’ll get the update sometime this week.

Are you excited to see Clash Royale getting Tournaments?