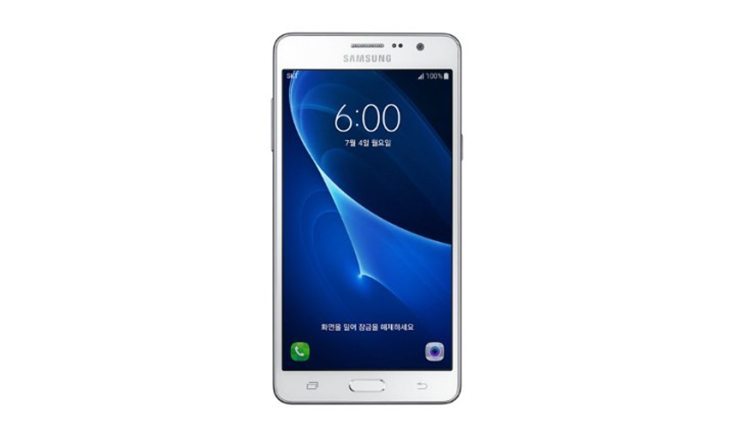 Samsung has just unveiled the latest member of their Galaxy series. Samsung is not all about the curved displays and high-end specs. With the Samsung Galaxy Wide, they are trying to bring out a solid mid-ranger to tackle the increasing competition from Chinese smartphone makers like Vivo, Oppo, and Huawei. The Chinese phone makers have showcased a tremendous growth during 2015-2016 and the major players are feeling the heat. The phone has been unveiled in South Korea and it looks like a local model and wouldn’t make its way out of Korea.

The phone comes with a 5.5-inch HD display which is a disappointment according to today’s standards. Smartphones have evolved so much that the price to performance ratio has drastically improved. Galaxy Wide has the Snapdragon 410 SoC under the hood along with 2GB of RAM. The Snapdragon 410 is a pretty decent SoC but it is pretty old. Phones from late 2014 have the SD410 inside along with 2 gigs of RAM.

Samsung Galaxy Wide has a modest 3,000mAh battery inside it and 16GB of onboard storage. It supports terrestrial digital multimedia broadcasting (T-DMB) which is a radio transmission technology developed in South Korea. This feature is not available globally.

In the camera department, the Samsung Galaxy Wide comes with a 13MP rear camera and a 5MP front shooter. The phone boots Android 6.0 Marshmallow out of the box which is a great addition to an otherwise mediocre smartphone. The phone may not be popular even among hardcore Samsung fans for a price tag of KRW 319,000 (around $276). It will be up for grabs in a few weeks, but it remains to be seen whether people would actually grab it.