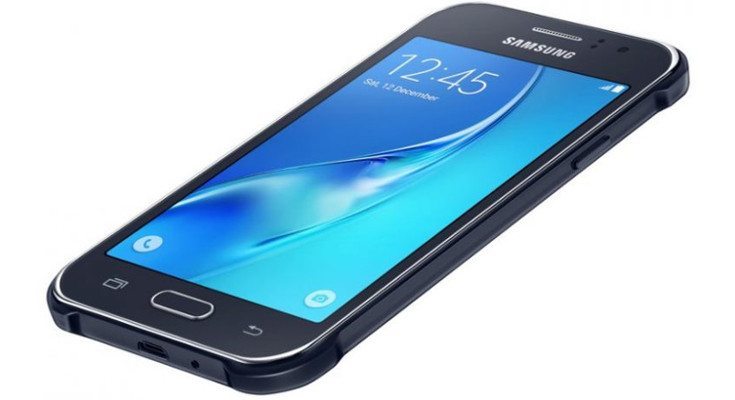 Samsung is in the news again today, but not for a farfetched rumor or new Galaxy Note 7 Edge news. The Samsung Galaxy J1 Ace Neo is our topic for today as it has just been made official as an entry-level handset for consumers in South Africa.

While we may not be fans of saturating the market with hundreds of similar handsets, Samsung truly does have a smartphone for everyone. The entry-level section of the smartphone market is growing, and Sammy has an answer for consumers on a budget in the Samsung Galaxy J1 Ace Neo. It’s the sequel to a similar device that rolled out last year but still sits squarely in the lower class of the smartphone world.

The Samsung Galaxy J1 Ace Neo is a good looking smartphone that has a sturdy kind of vibe in a very small form factor. The handset measures 130.1mm x 67.6mm x 9.5mm with a weight of 131grams, and has a 4.3-inch Super AMOLED panel with a resolution of 480 x 800. Beneath that tiny slab of glass beats a quad-core chip clocked at 1.5GHz and helped along by 1GB of RAM.

In terms of storage, the Samsung Galaxy J1 Ace Neo has 8GB under the hood but it is expandable up to 128GB through a microSD card slot. The rear camera is listed at 5MP with an LED flash while the front-facing snapper clocks in at 2MP. Connectivity options include Bluetooth 4.0, Wi-Fi, GPS, 4G LTE and Dual SIM slots… if you so desire as it’s an option. Last but not least is a 1,900mAh battery and Android 5.1.

At the moment, you will have to reside in South Africa or go the import route if you want to get your mitts on the Samsung Galaxy J1 Ace Neo. Pricing is unknown on the handset at this time, but it will be available in White, Blue, and Black.