Gionee M6 Plus will launch with massive 6,020mAh battery 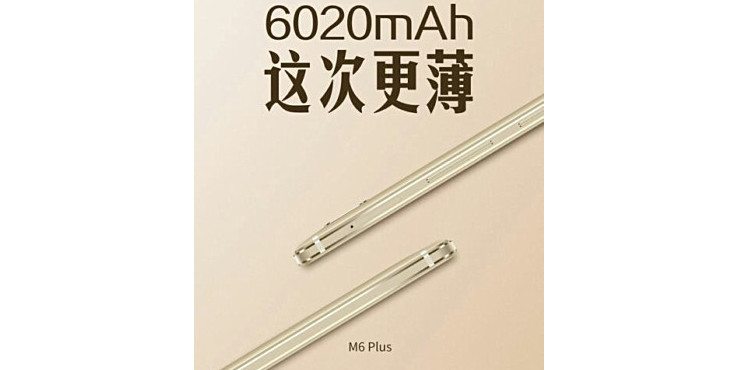 Gionee has been one of the more interesting brands to watch this year, especially when they deliver on what has been promised. Their lastest handset is set to be the Gionee M6 Plus and they have dropped a teaser to let folks now about its very large battery.

There are lots of ways to stay juiced up while you are on the go, but having a large battery under the hood is the best way to go. Gionee is certainly no stranger to the big battery game as we’ve seen plenty of handsets from the companies with massive power plants. The Gionee M6 Plus will be the latest, and according to Gionee, it will arrive with a 6,020mAh battery.

We just covered the regular Gionee M6 yesterday while touching on its security features. While we don’t know how “secure” the Gionee M6 Plus will be, it will have a larger battery than its sibling. The Plus moniker could mean we’re getting better specifications as well, but maybe not as the original was solid thanks to innards that include 4GB of RAM, a Snapdragon 652, and a 5.5-inch FHD panel.

For the moment, there are more questions than answers surrounding the Gionee M6 Plus, but having a large battery is generally not a bad thing. It should be affordable as well, so we’ll keep you posted as more details come to light on the Gionee M6 Plus specifications and release date.