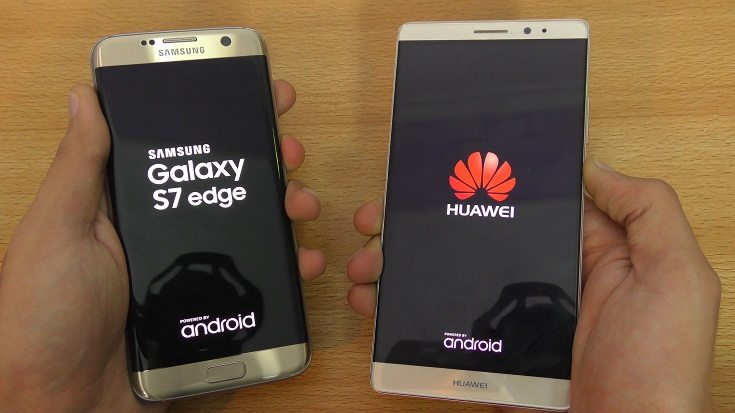 If you remember that old hubbub from 2012, i.e. the suits and counter-suits between Apple and Samsung, today’s piece of news will make you smile, as Samsung just took Huawei to court over a claimed patent infringement. Basically, this is the same situation from 2012, but instead of Apple, Samsung is now playing the role ofÂ the victim. The Korean company claims that Huawei counterfeited their designs in the Mate 8 and the whole Â Honor line of smartphones. Samsung seeks retribution to the tune of $24.1 million.

As you may already know, imitation is the highest form of flattery, but in this particular case, Samsung seems to be taking the matter very seriously. Truth be told, this is not the first time the Chinese and the Korean companies were rattling their sabers at each other. I mean, they’re pretty far from being best friends lately, as Huawei sued first the Korean tech giant over an alleged copyright issue regarding a software interface and 4G technology. Obviously, Samsung responded by threatening with a counter-suit. Just a few weeks ago, Huawei sued Samsung again and this time Samsung decided to play along, counter-suing Huawei over an alleged patent infringement.

If you ask me, this situation is a little bit funny to say the least, especially the “legalese”, but in the corporate world, funny doesn’t count as much as intellectual property claims. Together with the $24 million in damages, Samsung askedÂ Beijing’s Intellectual Property Court to stop Huawei from manufacturing/selling any more of the “patent infringing” devices. According to the Wall Street Journal article, Samsung took this aggressive stance against the Chinese company as Huawei is starting to rise on the firmament, i.e. they’re beginning to pose a clear and present danger to Samsung on the international market. You know that saying, in love and war anything is acceptable? Well, in the corporate world, that saying was taken to a whole different level. When it comes to market share, there’s no scruples anymore between big players.