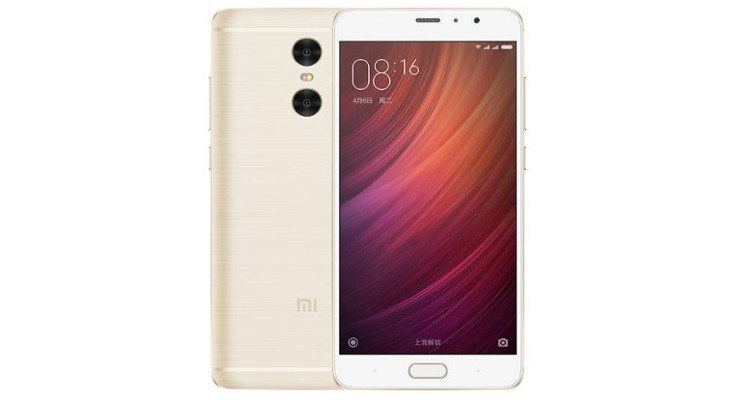 While we have spent an ample amount of time covering upcoming devices like the iPhone 7 and the Galaxy Note Edge, there are plenty of interesting devices set to debut from the Far East. The Xiaomi Redmi Pro is one of them, and today it has become official with flaghship specs.

The Xiaomi Redmi Pro is a handset that has been leaking for ages, and one consumers have been impatiently waiting for. We’ve seen at least a dozen solid leaks regarding the handset over the past month, but now we can put all those rumors to rest. The Xiaomi Redmi Pro is just as special as we had hoped it would be, which means it is a smartphone you’re going to want to pay attention to.

First off are the looks. The Xiaomi Redmi Pro is a sexy device with a thin metal shell and overall measurements of 151.5mm x 76.2mm x 8.15mm with a weight of 174grams. Inside that slick housing resides the processor known as the Helio X20…or the X25, which are a deca-core chips. There will be three variants of the handset available initially as well with 3GB of RAM and 32GB of storage, 3GB and 64GB of storage or a 4GB edition with a whopping 128GB of space.

Regardless of which model you choose, all three Xiaomi Redmi Pro will have a microSD card slot. As for the display, it’s still not QHD but more than sufficient considering it’s a 5.5-inch OLED FHD panel. The rear camera is listed at 13MP with PDAF and a Dual-Tone LED flash while the front-facing snapper is a 5MP sensor with a wide-angle lens. 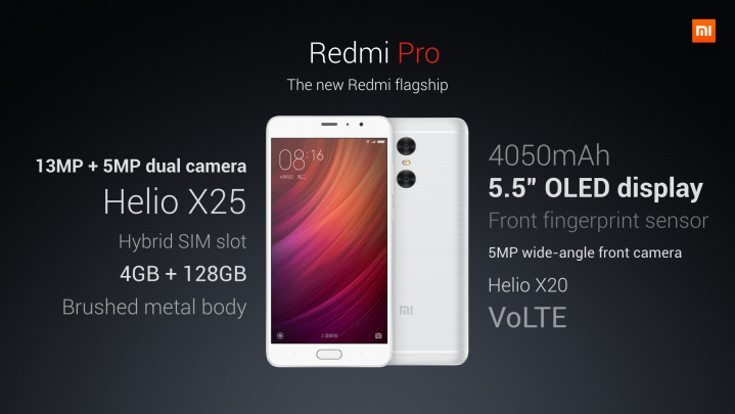 As the Xiaomi Redmi Pro is in the flagship class, you can expect a full array of connectivity options. That includes Bluetooth 4.2, GPS/GLONASS, 4G LTE, a Fingerprint Scanner, Infrared Sensor, and a Type-C USB port. The handset will draw its power from a 4,000mAh battery and is listed as running their forked version of Android 6.0 known as MIUI 8.

While we love what the Xiaomi Redmi Pro brings to the table, it will only be available in China initially before it moves on to other locales. The base model with the X20 and 3GB of RAM is listed at around $225 while the X25 version with 3GB of RAM and 64GB of space will set you back a hair over $250. The beastly 4GB/128GB edition is the most expensive, but a steal at only $299. All three versions will be up for order in the region on August 6 in Gray, Silver, and Gold.