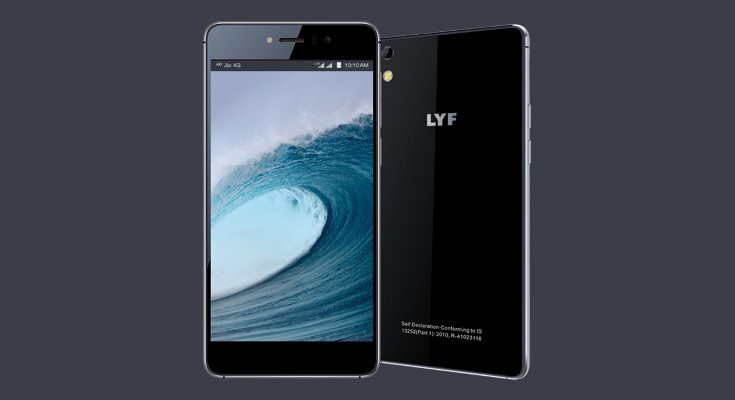 There has been a large influx of LYF smartphones over the past few months, and it appears the company isn’t slowing down anytime soon. The LYF Water 8 specs and release date were announced today as the handset became official for consumers in India.

LYF isn’t a brand that’s going to be familiar with many folks in the Western World, but they’ve made a splash in the East with a slew of smartphones released in a short amount of time. The handsets are named for the elements, and while the LYF Water 8 doesn’t offer up any sort of water-resistance, it’s got quite a bit of bop under the hood.

According to the listing, the LYF Water 8 specs will include a 5-inch AMOLED display with a resolution of 1,280 x 720. The processor powering the handset is an octa-core Snapdragon 615, which is backed by 3GB of RAM. The internal storage is listed at 16GB and expandable through a microSD card slot up to 128GB.

The innards of the LYF Water 8 are solid, and the same can be said of the outside with a thin metal frame, glass back and a waistline of 7mm. The rear camera is listed at 13MP with AF and a LED flash while the front-facing snapper clocks in at 5MP and also has a LED flash. The rest of the LYF Water 8 specs include Bluetooth 4.0, GPS, USB, Wi-Fi, 4G LTE, and Hybrid Dual SIM slots. The handset is powered by a 2,600Ah battery and runs Android 5.1.

On paper, the LYF Water 8 appears to be a fine smartphone with the only weak point being the OS, which is outdated at 5.1. It’s affordable as well with a price tag of Rs. 10,999 which shakes out to around $165 in the states.