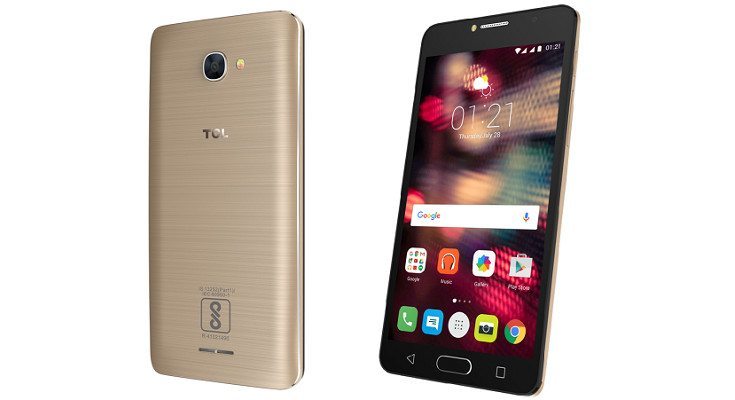 Each week India sees a half-dozen handsets or more launched in the region. Today we’ve already covered one from LYF, and now it’s time to touch on the TCL 562 which is set to debut through Amazon.in.

TCL has been in the news quite a bit lately as they were rumored to have something to do with the BlackBerry Neon. While we won’t go into all that again, they do have a new handset that looks like a winner in the TCL 562. The smartphone doesn’t have much of a moniker although it packs plenty of heat under the hood…

The TCL 562 smartphone is like many handsets in its class from India. We’re not talking about the looks either as the specifications read like a laundry list of what to expect from a mid-ranger that leans towards the flagship class. The means you’re looking at a 5.5-inch IPS panel with a resolution of 1,920 x 1,080, 3GB of RAM, and the speedy octa-core Helio P10.

While the TCL 562 will have ample horsepower, it also has plenty of storage out of the box with 32GB of space which is further expandable through the usual means. The camera combo is solid but quite familiar as it features a 13MP rear camera with a Dual-Tone LED flash and a 5MP front-facing snapper. It’s fairly light at 150grams and has overall measurements of 152mm x 77mm x 7.9mm.

When it comes to connectivity, the TCL 562 has you covered with Bluetooth 4.2, GPS/A-GPS, GPRS, EDGE, 4G LTE and a Dual SIM card setup. It also has a fingerprint scanner, a wide array of sensors and a Hi-Fi AKM4375 audio chip with an NXP9890 Smart Amp. The handset will sip its power from a reasonably sized 2,960mAh battery and is listed as running Android 6.0.

TCL is a company that we haven’t covered too often, but that may change if they keep cranking out handsets like the TCL 562. While there’s something to be said for performance, it looks good and has almost everything you could want from a handset in terms of features and specifications. The smartphone is currently listed at Amazon.in with a price tag of Rs. 10,999 and a scheduled release date of August 3rd.