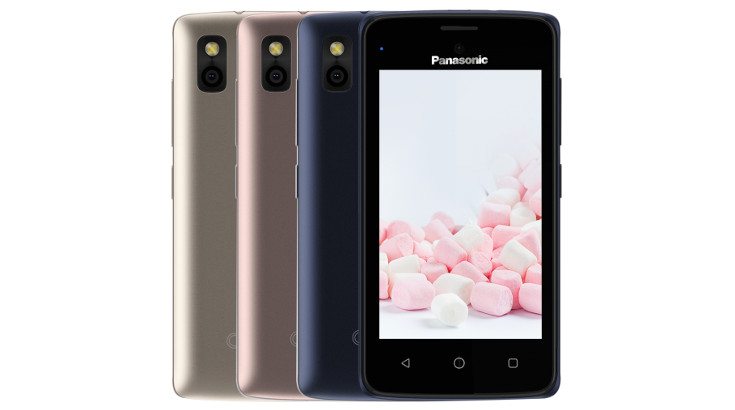 Panasonic hasn’t launched as many handsets in 2016 as some of their competitors, but they do tend to offer up a broad range of devices. Their latest falls into the entry-level category, as the Panasonic T44 lite price is quite cheap at Rs. 3,199.

The last handset we covered from Panasonic was the Panasonic P75. That smartphone had a beastly 5,000mAh battery that could keep you juiced for days although the rest of the specs were not that impressive. While the Panasonic T44 lite battery is half the size of the P75, they share more than a few things in common under the hood.

We’re not sure what to say about the Panasonic T44 lite style as it’s a thick-bezeled handset with a small 4-inch 800 x 480 display. A quad-core MediaTek chip is clocked at 1.3GHz keeps things moving along with some help from 512MB of RAM while the storage is listed at 8GB. Obviously, it has a microSD card slot so you don’t need to run off to the cloud after you break it out of the box.

The Panasonic T44 lite may be a bit puny, but it still has cameras with a 2MP sensor and LED flash on the backside to go along with a VGA front-facing snapper. Wi-Fi, GPS, Bluetooth, an FM Radio and 3G round things out in the connectivity department. The Dual-SIM smartphone is powered by a 2,400mAh battery and will run Android 6.0 oddly enough.

It’s safe to say the Panasonic T44 lite doesn’t have a lot going for it aside from the price and the fact it runs Android 6.0. The smartphone will be sold as an exclusive through Snapdeal with a price tag of Rs. 3,199 which equates to around $47 bucks in the states.