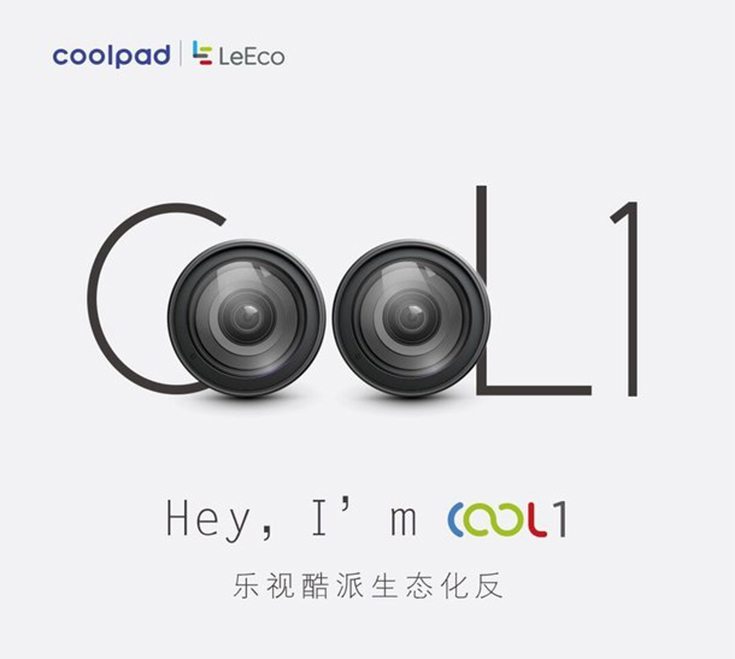 Just around a week back, LeEco bought enough shares to become the major shareholder of Coolpad. Shortly after that, the company announced that they would be bringing out a phone as part of a collaboration. It was rumored to be a high-end device and the specifications were confirmed on TENAA recently. Now, we have an official announcement for the phone and we also have a name. Cool1 is the first phone from LeEco-Coolpad as a collaborative effort and it promises to be a high-end device by the looks of it.

The official teaser of the Cool1 doesn’t reveal much, but the most striking feature of the phone is evident in the teaser. The two ‘O’s in the Cool1 is replaced by camera lenses which indicate the presence of a dual-camera.

We had a leaked image earlier which showed a woman holding the Cool1. Only the rear part of the phone was shown, but it did have a pair of cameras. If you haven’t seen the leaked image yet, check it out here.

Along with the official teaser, we also have a TENAA listing of the phone that shows all the sides of the phone. There are no reports on the hardware specifications of the phone, but going by rumors it will definitely be a monster.

Earlier rumors stated that the phone would come with the Snapdragon 820 along with 4 gigs of RAM. Also included is 64GB of onboard storage. Apart from the dual-rear cameras, the most striking feature of the phone is the alleged 5.5-inch 2K display.

Cool1 will also be one of the few phones that come with two operating systems. It will allow users to switch between LeEco’s EUI and Coolpad’s CoolUI, both of which are based on Android Marshmallow. A 3,500mAh battery is said to run the phone. The rumored launch date is scheduled on August 10th, but the teaser doesn’t reveal much as of now. More info about this device will definitely come out soon.