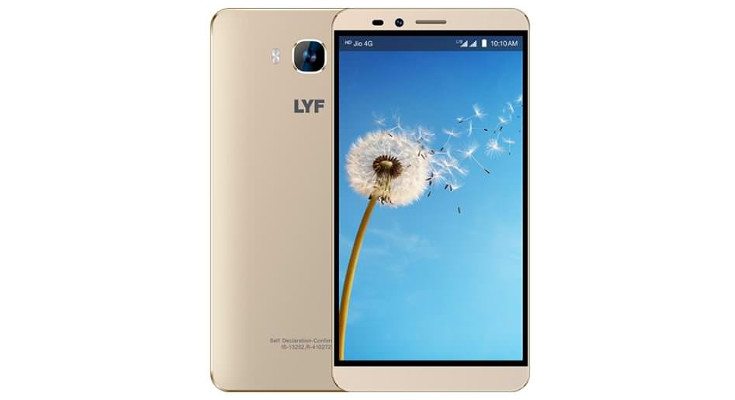 LYF may sound like the name of a musical group or new-age movement, but it’s actually a brand of smartphones put out by Reliance Retail. We’ve touched on several handsets from the company already this year, and now it’s time to put the LYF Wind 2 under the microscope.

Just last week the LYF Water 8 appeared on our radars with solid specs and an interesting price point. Today, we are going to check out the latest handset from their arsenal, the LYF Wind 2. It doesn’t have the same horsepower of the Water 8 although it will get the job done for most folks and is a sight bit cheaper at Rs. 8,299.

The LYF Wind 2 is a large handset measuring 157.5mm x 81mm x 8.5mm with a weight of 223grams. That’s due in part to the 6-inch IPS panel that has a resolution of 1,280 x 720. Beneath that big ol’ slab of glass, you will find a somewhat underwhelming 1GHz MediaTek MT6735M and 2GB of RAM. As mentioned, it will get the job done in most cases, and the same can be said of the storage, which is listed at 16GB but expandable.

All the usual options appear to be present when it comes to connectivity, which includes Wi-Fi, Bluetooth, GPS, 4G LTE and Dual SIM (Hybrid) card slots. It also has a 3.5mm headphone jack to go along with an FM Radio in case you want to listen to some tunes. The LYF Wind 2 has a 2MP sensor on the front to handle your selfies, while the rear snapper is listed at 8MP with an LED flash. The handset will draw its power from a 2,850mAh battery and runs Android 5.1 out of the box.

If you dig the LYF Wind 2, we hope you like Gold as that’s the color you’ll be able to snag one in when it debuts in the region. As mentioned, the LYF Wind 2 price is listed at Rs. 8,299 which shakes out to around $124 stateside.