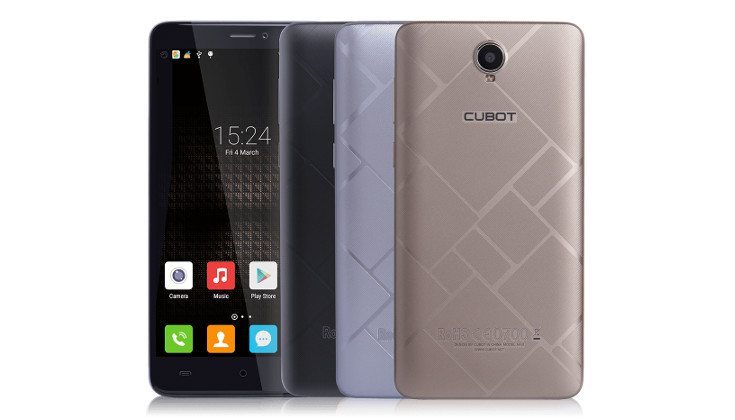 Cubot is gearing up to release a new handset in a few weeks with the Cubot Max. The large handset has gone on pre-order today, and we’re here to bring you the scoop on the Cubot Max specifications.

Cubot is a brand we touch on from time to time although the Cubot Max flew under our radars when it was initially announced. That said, it’s well worth a look if you are a specs junkie and are in need of a smartphone with horsepower and a large battery. While we aren’t quite sold on its design, it’s not a bad looking handset and will be available in a variety of hues to boot.

The Cubot Max has a large 6-inch IPS display with a resolution of 1,280 x 720 and 2.5D glass. The processor powering the handset is listed as the MediaTek MT6753A, which is an octa-core chip clocked at 1.3GHz. The Max will have 3GB of RAM under the hood as well, while the storage clocks in at 32GB but is expandable up to 128GB through the usual method.

On the backside of the Cubot Max, you’ll find a 13MP with an LED flash and AF. The front-facing snapper isn’t nearly as fancy, but will get the job done at 5MP. Connectivity options include Bluetooth 4.0, Wi-Fi, USB OTG, HotKnot, GPS/A-GPS, and Dual SIM slots. The phone will sip its power from a 4,100mAh battery and is listed with Android 6.0.

On paper, the Cubot Max has a lot going for it as it is a solid phone that tiptoes towards the flagship class. It’s not quite there though, and the price isn’t going to help its case as it will set you back $179.99 when it lands on August 25th. That’s not expensive, but there are similar options in that range that do offer up a bit more. That said, the company will may reduce that price during the pre-sale period which begins today, so keep an eye out for a temporary price cut.