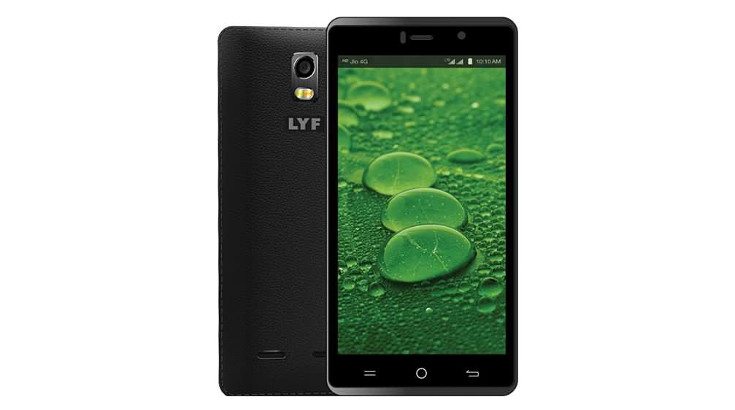 The last time we took a look at a handset from LYF it was the Water 8 back in July. The LYF Water 10 looks to be the next iteration in the lineup, and it has just been announced for India with a price tag of Rs. 8,699.

Reliance may not have been a name you knew last year, but the company has continued to produce a steady stream of handsets in 2016. The elemental-themed devices are generally affordable as well although the LYF Water 10 lies in the middle of the pack. That means we’re getting a solid mid-ranger, so here’s what you can expect from the LYF Water 10 under the hood.

The LYF Water 10 will pull its power from a 1.3GHz 64-bit MediaTek chip and 3GB of RAM. It will have some horsepower thanks to that combo, and you’ll have a decent amount of storage out of the box to the tune of 16GB. Thankfully, it is expandable as we all know how quickly the OS and pre-installed apps can eat up your storage.

As for the display, the panel on the LYF Water 10 is listed at 5-inches and is of the IPS variety with a resolution of 1,280 x 720. The rear camera is listed at 13MP with a Dual-Tone LED flash, while the front-facing camera clocks in at 5MP. Other features to note include Wi-Fi, Bluetooth 4.1, GPS, Dual-SIM slots, and 4G LTE. The LYF Water 10 is powered by a 2,300mAh battery and runs Android 5.1 out of the box.

You will need to reside in India if you want to pick up the LYF Water 10, where it will be available for Rs. 8,699 in the region through the usual retails. The handset comes with the Jio Preview Offer as well, which includes 90-days’ worth of internet, calling and texts for free.