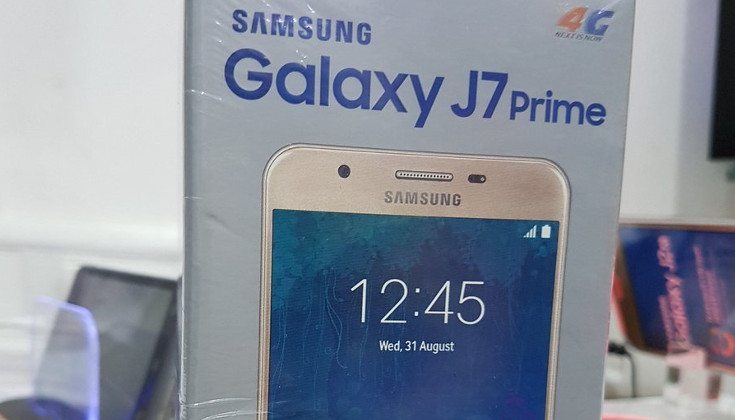 It can be difficult to keep up with all the smartphones under Samsung’s Galaxy banner, and soon another new member will join the club. The Samsung Galaxy J7 Prime price and specifications are in the spotlight today as the handset it tipped to roll into India in the very near future.

As for the Samsung Galaxy J7 Prime specification’s, the tweet also mentioned 3GB of RAM and a fingerprint scanner. That lines up with the previous leak, and we already have a good idea of what to expect from the rest of the innards. 32GB of storage space is expected along with a Snapdragon 615 or Exynos 7870 processor. The display will put it in the phablet class at 5.5-inches and sport a resolution of 1,920 x 1,080.

On the backside of the Samsung Galaxy J7 Prime, you will find a 13MP sensor with an LED flash, while the front-facing camera is listed at 8MP. The aforementioned fingerprint scanner is also found on the front embedded into the home button. Other features include 4G LTE, Wi-Fi, Bluetooth, a microSD card slot, a 3,300mAh battery and Android 6.0.

Are you interested in the Samsung Galaxy J7 Prime if the price pans out?