Micromax Canvas 5 Lite gets listed with VoLTE for Rs. 6,499 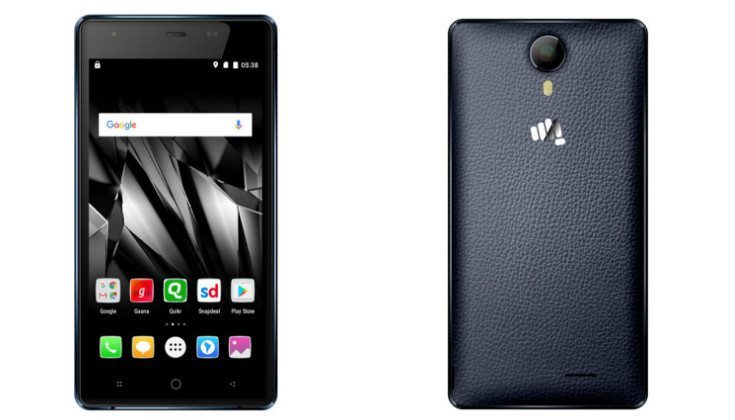 Remember the Micromax Canvas 5? We covered that one last year, and since that time, we have seen a couple of variants from that handset as well. The Micromax Canvas 5 Lite is the latest, and it has just been announced for consumers in India.

Micromax is one of the more popular manufacturers in India, and we have covered plenty of smartphones from the company over the past few years. They usually fall somewhere between the mid-range and low-end on the smartphone spectrum, but occasionally we get something with a bit more bop. Unfortunately, that isn’t the Micromax Canvas 5 Lite because as the name implies, it’s a watered down version of the Canvas 5.

Like its predecessor, the Micromax Canvas 5 Lite will have a display in the 5-inch range, but the resolution is only 1,280 x 720 this time around. The chip powering the is listed as the 64-bit MediaTek MT6735 and is backed by 2GB of RAM. The storage clocks in at 16GB, but is expandable through the magic of a microSD card slot.

The front-facing camera on the Micromax Canvas 5 Lite is listed at 5MP and makes use of an OmniVision OV5670 while the rear camera uses an 8MP OmniVision OV8856, but has an LED flash. A full array of connectivity options are present as well with Wi-Fi, Bluetooth 4.0, GPS, and 4G LTE. The Dual SIM device is powered by a 2,000mAh battery and runs Android 5.1.