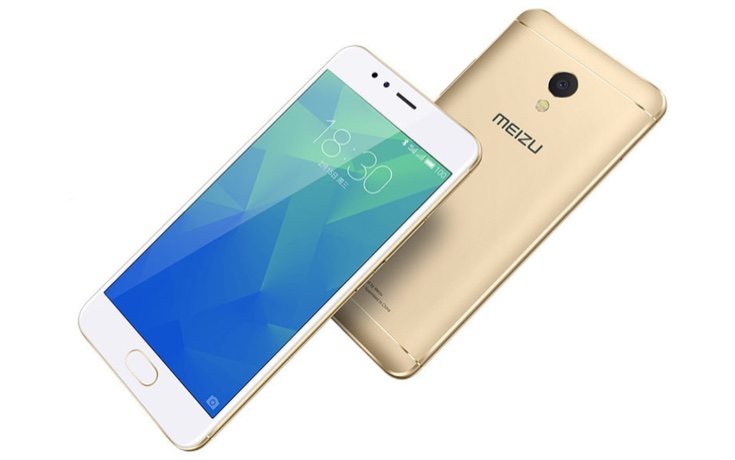 We knew it was on the way following previous leaks, and now we have news of the Meizu M5s price and specs from the official launch. It comes in two variants, one with 3GB of RAM and 16GB of internal storage and the other with 3GB RAM and 32GB of internal storage. Both versions have expandable storage via microSD to 128GB.

The Meizu M5s was just unveiled in China where it will release on February 20, so there are just a few more days to wait. It’s a hybrid dual SIM smartphone meaning the second slot can be used as a microSD slot. Features include fast charging that enables the phone to reach a charge of 56% in 36 minutes. The new Meizu smartphone will be available in a choice of Champagne Gold, Rose Gold, Star Gray, and Moonlight Silver colours.

Connectivity options include 4G VoLTE, WiFi 802.11 a/b/g/n, Bluetooth 4.0, and GPS. Further Meizu M5s specs include a 1.3GHz MediaTek octa-core processor with Mali-T760 graphics. It has a 5.2-inch display with HD resolution of 1280 x 720, while its juice is provided by a 3000 mAh battery. The device has a 13-megapixel rear camera with f/2.2 aperture, PDAF, and dual-tone LED flash, as well as a 5-megapixel front-facing snapper.

The Meizu M5s runs Android 6.0 Marshmallow skinned with Flyme OS 6.0. It measures 148.2mm x 72.5mm x 8.4mm and weighs in at 143g. The handset has a unibody metal build and features an mTouch fingerprint sensor incorporated into the Home button. What are your first thoughts on the new Meizu M5s price and specifications?